The UK summary is here (click the image for a bigger version): 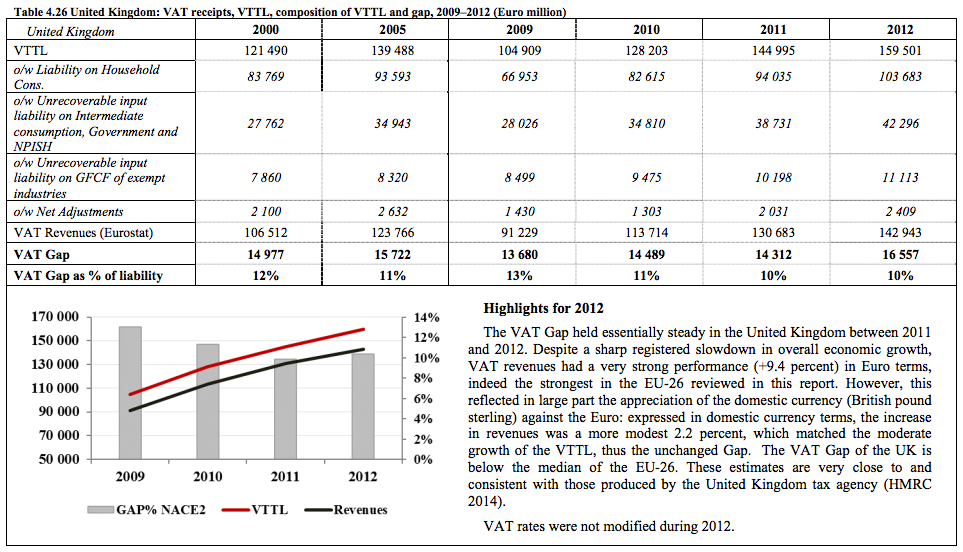 One of these estimates is better than the other. I know which I am inclined to believe because it was not prepared by the tax authority publishing it, and that's precisely why I say HMRC should not be responsible for monitoring the tax gap.

Note: Updated at 14.30 on 27 October because an incorrect exchange rate was used in the first version