Unequal Britain taxes the worst off most heavily. Is anyone surprised people aren’t feeling the recovery?

There were two reports of some importance out yesterday. The High Pay Centre reported that:

The poorest fifth of UK households are significantly worse off than the poorest fifth in other Western European countries, according to analysis of Organisation for Economic Co-operation and Development (OECD) data published by the High Pay Centre think-tank today.

In fact, the poorest households in the UK are closer to the poorest in former Eastern bloc countries Slovenia and the Czech Republic than to the poor in Western Europe. This is despite the fact that the OECD estimates average incomes in the UK ($25,828) are similar to Denmark ($25,172) and the Netherlands ($25,697). The UK’s average is inflated by the incomes of the top 20% of households  - at around $54,000, the third highest in the EU. In Belgium, the Netherlands and the Nordic countries, the top 20% make between $44,000 and $49,000.

Despite this fact that the poorest households in the UK have such low incomes the Equality Trust showed we tax them heavily: 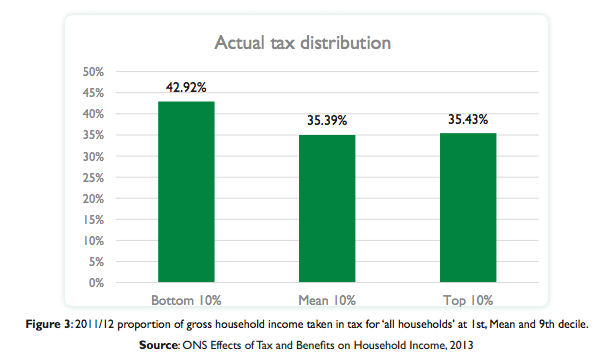 So, we not only pay badly, we tax heavily.

Is it surprising then that, as the Guardian finds in a survey on the state of the economy: 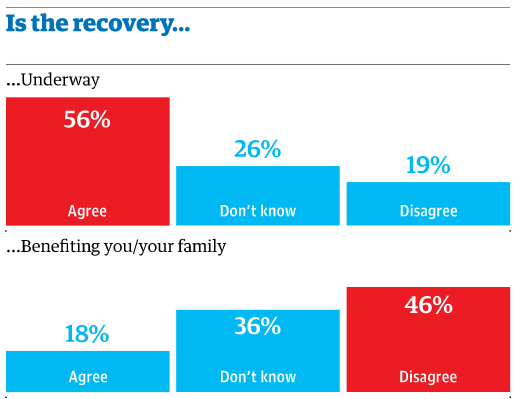 In other words, just in in 5 think that the economy is working in their favour even though more than half think there is a recovery.

What the data from the High Pay Centre and Equality Trust shows though is that this is not by chance, or as a result of wilful refusal to recognise benefit when it arises. The simple fact is that a great many people are not benefiting from recovery, or jut as likely, fear they will not.

This is the reality of inequality in the UK. First, it is happening. Second, tax is exacerbating and not relieving it. Third, the fear those combined facts creates harms well being for most. And that is why I argue that to be successful politics in the UK has to offer hope and not fear but right now the only thing on offer is more fear, more cuts and more despair.