Flat taxes and the desire to increase inequality

I watched a young person, formerly a member of UKIP, on Channel 4 last night as she explained she had let her membership lapse as the party was not all about immigration and it had forgotten what were, for her, the key issues of libertarianism and flat taxes.

Let's leave libertarianism aside as this comes in a variety of flavours, to some of which I can subscribe but which in the case of UKIP approximates to a licence to abuse and instead look at flat taxes. These have long been a subject of interest for me, partly because I find their appeal so very hard to understand. Quite a number of years ago I wrote a reasonably lengthy paper on the subject. I remember Vince Cable speaking at its launch. But the real essence of my difficulty is easily explained. All that a flat tax system really means is that there is one rate of tax charged on all income earned over an agreed personal allowance. In a progressive tax system there is more than one rate of tax charged. A simple example will explain the difference.

Suppose a person has income of £80,000 and there is a flat tax system in operation with all income over £10,000 being charged to tax at 20%. The tax calculation will look like this: 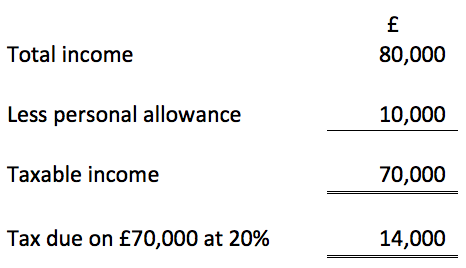 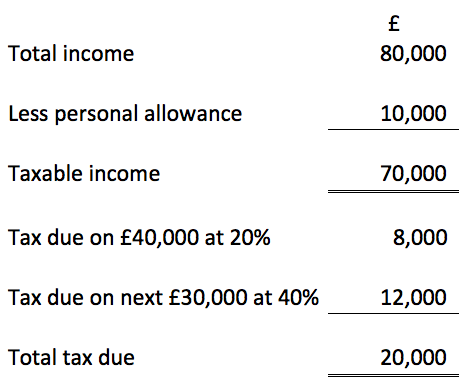 And that's the entire difference between flat and progressive taxes. Progressive taxation needs the addition of one more line, taking maybe 15 seconds of work, into a tax calculation, but raises significantly more tax from the well off as a result.

Of course, those supporting flat taxes say their system is much simpler. I suppose that's true if you really can't do maths.

If you can do maths then what that simplicity actually means is that the least well off pay relatively more of the overall tax bill whilst the amount of money available to government that might be used to provide the services they need is cut. And that is what flat taxation is really about. It's about making the rich richer whilst reducing the resources available to most in the country. That's a definition of tax injustice as far as I am concerned.