The UK government is not overburdened by debt interest payments. In fact, they’re lower than almost ever

The NEF / TJN mythbuster series has got off to a great start with a joint paper by Howard Reed and Tom Clark. In it they argue that Britain is not broke. I've already featured one of their diagrams, showing how low, historically, our debt is, but there's another well worth sharing, which is just how low our interest payments as a proportion of GDP are right now. It looks like this: 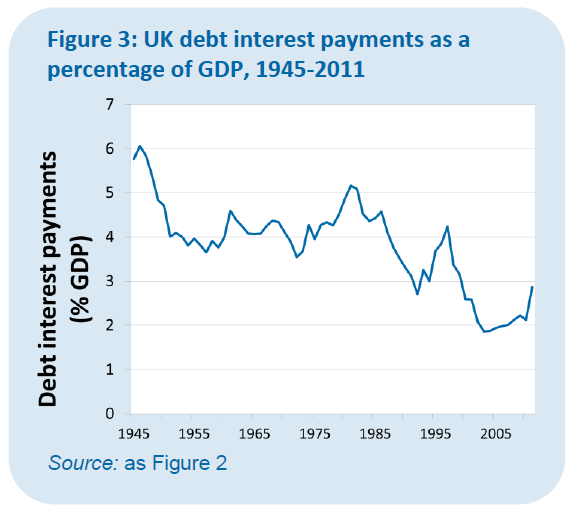 Now, there's no doubt this cost has increased from the historic low point to which Labour took it, but we're still lower than at any time from 1945 to 2000, a period of enormous prosperity in the main.

So what is the issue?

Or is it just that everything Osborne says is a myth?