The real problem with banking is we’ve only just got to the stage of criticising. When will we get to solutions?

The Guardian business web site tells us a lot about banking this morning: 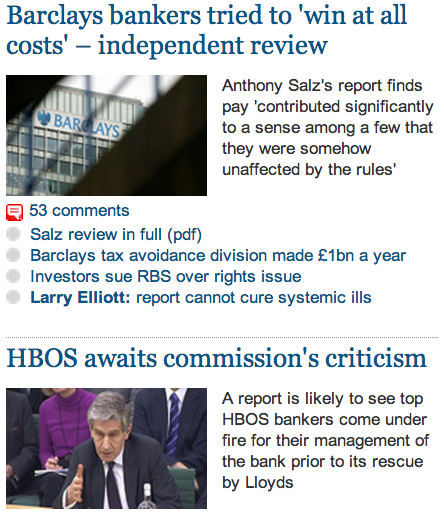 So, Barclays were bastards, RBS were allegedly conmen, HBOS were incompetent and Lloyds were mugs.

And it's not just here. As the FT notes: 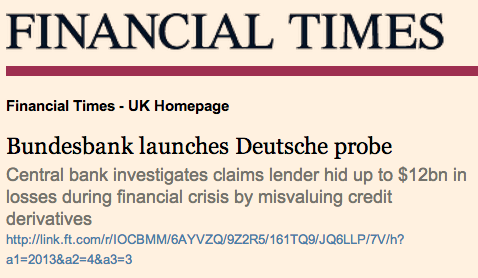 So Deutsche are hiding the truth.

Oh, and then add the International Consortium of Investigative Journalists:

So, we've now reached the stage in the national media where we can criticise banks.

But so far we're a long way from solutions. The banks still have the upper hand there. So far the media and politicians remain in awe of banks and ignore people like me, and many others, who have suggested what needs to be done.

I wonder how long it is before they'll listen?