Why haven’t The Cabinet Office and Treasury taken legal advice on the new tax procurement laws?

As many will know the Treasury has proposed that a companies track record with regard to tax should be considered when assessing suitability for the ward of a public sector contracts in future. In the budget it said:

In fact, some guidance was issued on 14 February on this subject, and more has appeared since the budget, which dramatically watered down the 14 February proposal.

But which ever way looked at, to include tax considerations in the procurement process was a novel development in UK law and it occurred to me that it could be in conflict with EU competition law so I made Freedom of Information requests of both the Treasury and Cabinet Office, the two offices responsible, to see what legal advice they had taken on this proposal to ensure it was legal.

I was surprised to hear from the Treasury that they had left this entirely to the Cabinet Office. Their response said: 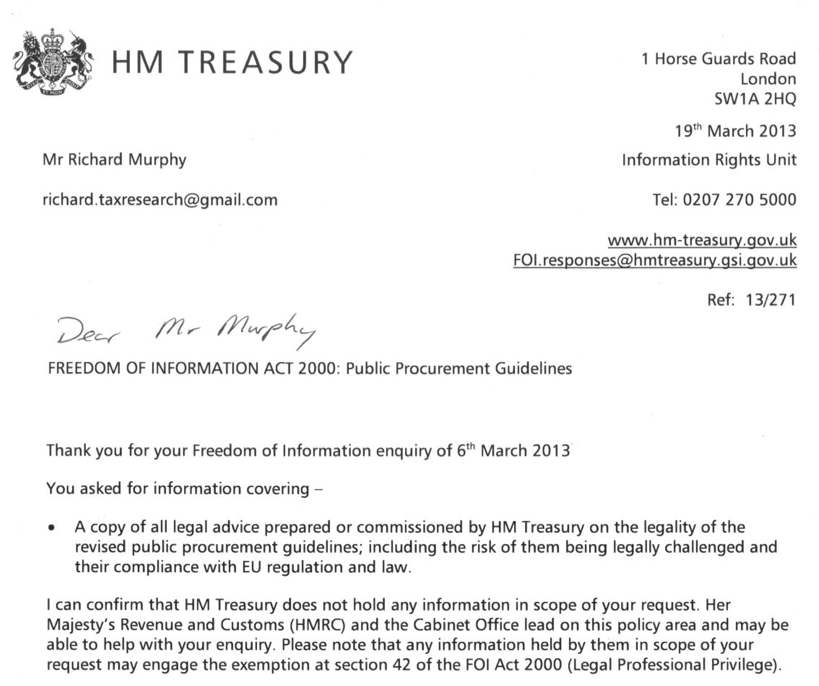 Today the Cabinet Office sent their FoI response which said: 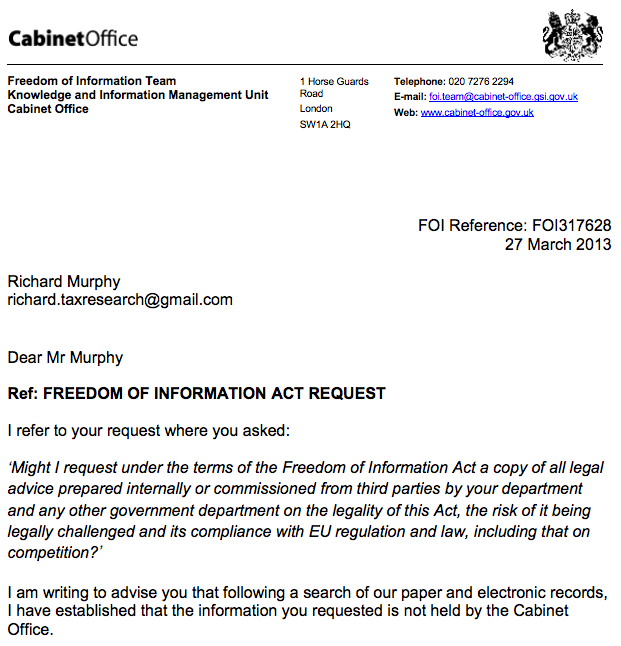 So it would appear that this policy was put in place without any consideration of its legality having taken place.

Which is quite worrying.