Seems fair enough. So what does the profit and loss account say? 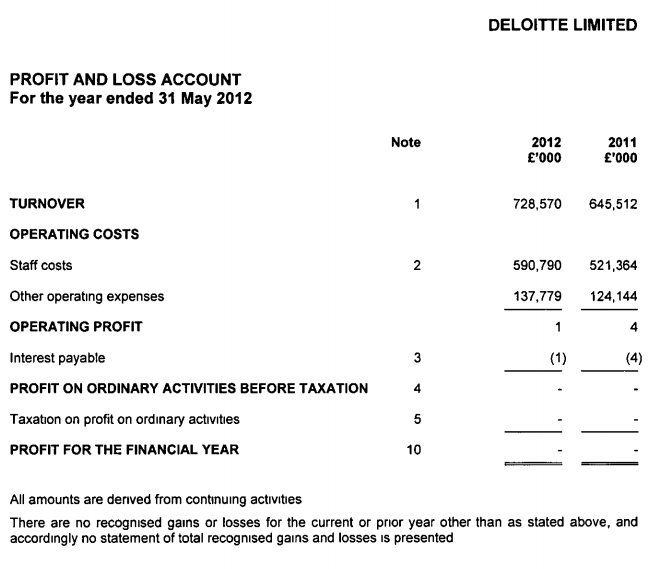 Hang on? £728 million of turnover and not a penny of profit or tax due? It would seem like it, but not quite: This is the tax note: 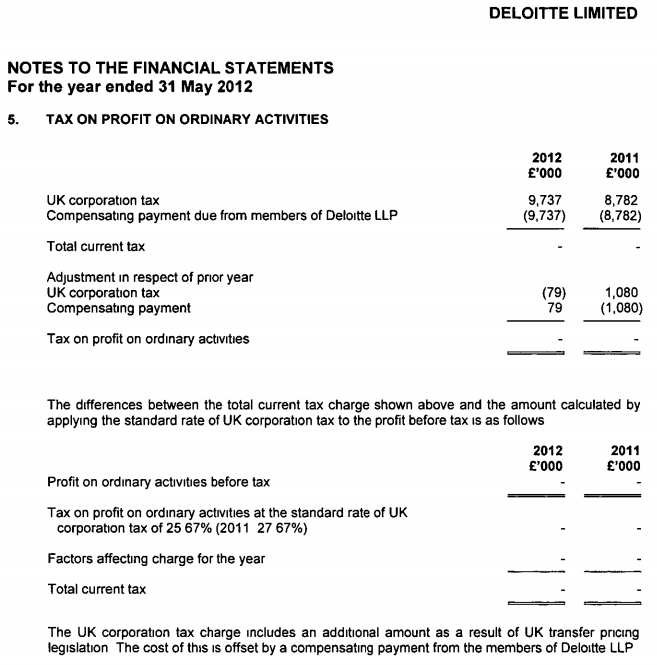 So, here we have a company employing Deloitte's staff, giving them no legal protection because there are no reserves to ensure that if they pursue a claim it will necessarily be paid since the balance sheet reveals that this company has just £2 of share capital and no reserves, whilst we also learn that the whole arrangement is considered even by the normally laid back HMRC to be so odd they charged £9.7 million of tax for failing to transfer price properly, which cost the Deloitte partners paid.

Now please don't tell me Deloitte don't structure their affairs for tax and almost certainly regulatory avoidance purposes. Because of you do I won't believe you.