The ultra-low level of gilt yields is practically an invitation for the government to borrow more – but it’s doing much, much less

As Larry Elliott notes in the Guardian this morning:

As Michael Saunders of Citigroup puts it: "The ultra-low level of gilt yields is practically an invitation for the government to borrow more".

And any rational person would invest when the real cost of borrowing is only 1% or so, and not just in the short term but over the longer term too. There have to be massive numbers of projects that can provide yields for society at that rate - especially as people are virtually begging the government to take their money from them.

But no, Osborne insists on cutting spending, as this graph of actual and forecast investment spending taken from budget reports published by HM Treasury shows: 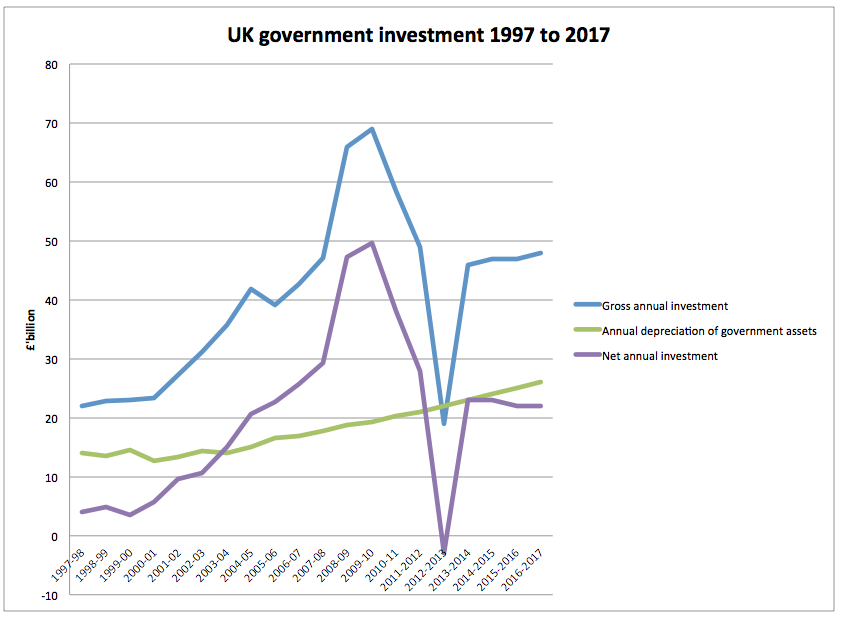 Paradoxically at the very time when the economy is crying out for investment the government is actually net disinvesting this year having allowed for depreciation of existing assets. In the face of such irrationality it's hardly surprising we're in recession.

And it's equally unsurprising Labour pulled the UK out of rescission so quickly in 2009: it invested to make sure that the essential counter cyclical trend that a government has to create in a downturn was available. It's a basic economic lesson Osborne has not learned.