Why are Keynesians “vulgar”?

I did a quite lengthy blog on Friday explaining the absurd logic of those Tories in particular who are claiming thatthere will be no net cuts in government expenditure over the next few years simply because in real terms the value of government spending appears to be fixed at a near constant £630 billion in current prices a year over that period.

I note that Dominic Lawson in the Sunday Times (behind a paywall) is one of many commentators who appears to have picked up on this absurd claim: I also note that in the process he calls all  Keynesian “vulgar”.  Of course, it may be vulgar in the eyes of the Murdoch press to have concernfor the well-being of your fellow citizen, or even concern for the well-being of business in the UK, but outside the rather perverted viewpoint that Wapping has to offer empathy remains a virtue. In that case it seems worth reiterating,in a different way, the point I sought to make on Friday.

The reality is that any economy has a potential capacity it can fulfil at a point in time: 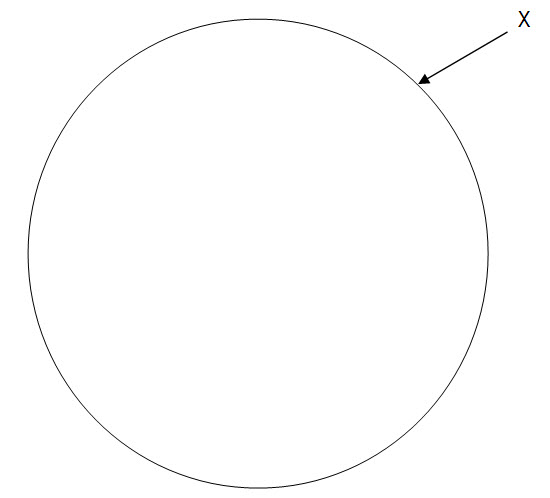 Of course, no economy works at full potential. This might come as a shock to people like George Osborne and Sir Philip Green, but there is always inefficiency within an economic system. SoThe part of potential but is achieved is always smaller than that which is theoretically possible. In other words achievement might be the circle marked Y here, which is smaller than the potential circle marked X: 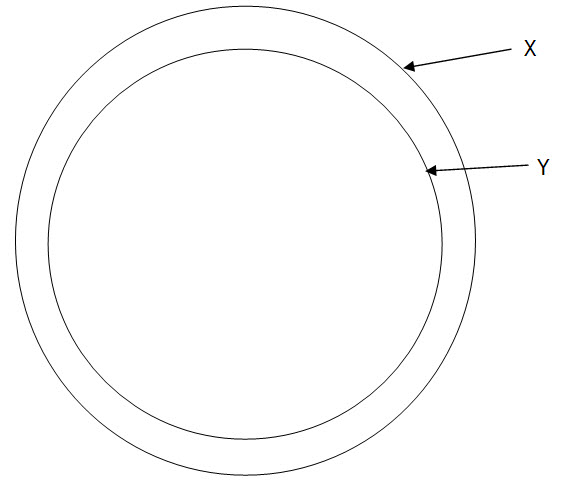 Keynesians seek full employment. As a result their goal is to maximise the size of circle Y and to minimise the difference between X and Y.

The ConDem government does not share that objective. It is seeking to maximise the well-being of bankers. Candidly, it is very hard to explain its behaviour in any other way.The consequence is that it is, as I explained in my previous blog, not seeking to maximise the size of circle Y, but is instead deliberately seeking to create a smaller economy, represented here by circle Z: 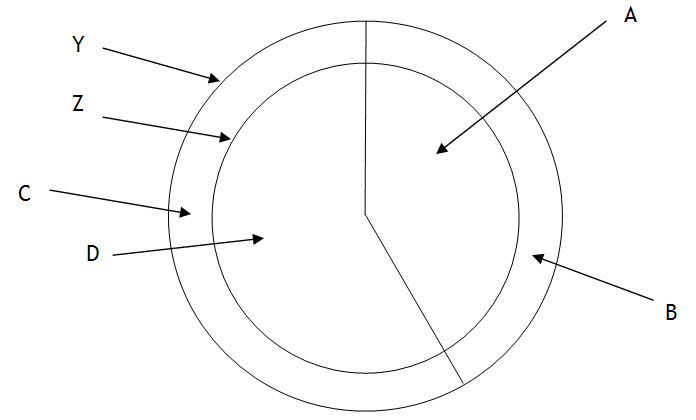 The quadrant made up of A and B representgovernment spending at about 38% of the economy, which it was under Labour before the banks causedthe economic collapseand which it will be if the   ConDem forecasts are right (which, I admit, I think to be extremely unlikely). But note the important point: A is smaller than A + B.In other words, the proportion may be the same but that is absolutely irrelevant: the part of total economic activity that the proportion represents is smaller, so there are real cuts going on. This is the reality that people like Dominic Lawson are either ignorant of or wilfully misrepresenting.

But note something else that is as important: if a stimulus was provided to the economy then it’s not just we’d have the excess government spending — B — to enjoy, we’d also have the excess in the private sector — C to enjoy as well. As a result it’s not just we’d have the services we need — we’d also have, potentially, more of what we enjoy because more of us would be at work in the state and private sectors meeting the needs of society — which always happens best when the two work in harmony.

That’s what us “vulgar” Keynesians are calling for — a simple achievement of potential for the benefit of all of us using the resources that are available to do the job that are otherwise sitting idle in the economy. What is so vulgar about that? And why is it that they and the ConDems want us to run at so much less than full capacity? Is it that thy enjoy unemployment?