I was in discussion with a  group of economist yesterday. Left of centre economist, but all the better for it.

We agreed there was a need for cuts now – but not cuts in government spending. There is no proven need for that at all.

Don’t get us wrong. We know we have a financial crisis. But it’s this graph that tells the story: 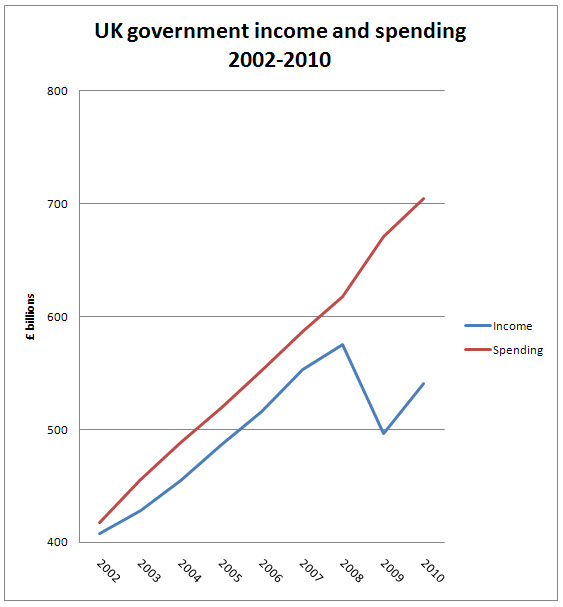 The data is from budget statements for each of the years in question. and yes of course that shows expectation – but that’s important. Planned spending is based on planned income.

And do remember these figures are unadjusted for growth and inflation.

It’s very obvious that a deficit was run from 2002 to 2008. That was largely explained by net investment in new assets though, by the time lag between growth and government picking up the benefit of that growth in the economy. Don’t underestimate that growth. It looked like this: 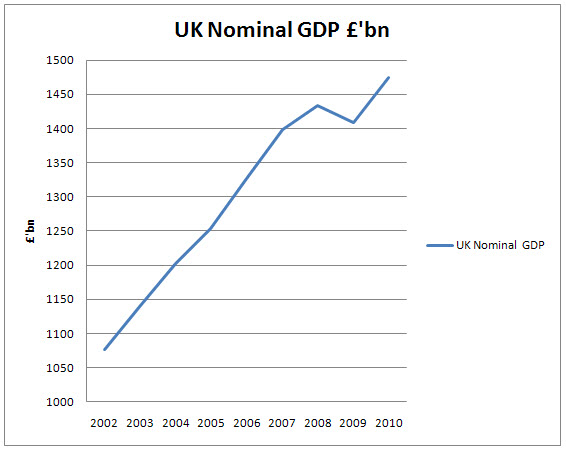 Planned income and spending as a percentage of GDP therefore looked like this, to eliminate this distortion: 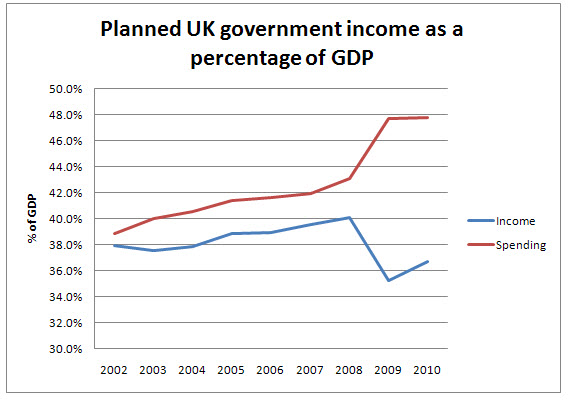 So yes, there was a small and upward forecast in spending from 2002 onwards – as there was also in revenue to match, with as noted investment being broadly covered by borrowing.  It was the collapse in GDP and tax revenues that utterly changed things. That’s where the faultlines have arisen in the graphs shown. None of what has happened has anything at all to do with government spending. That’s been under control, and the only reason that it has risen in proportion to GDP is because GDP collapsed. 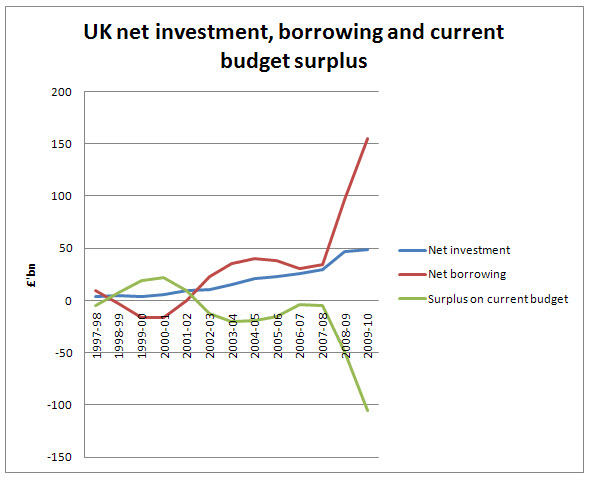 Borrowing appears to match current surpluses and deficits. But note 2006/07 and 2007/08 – where borrowing was almost entirely for investment – a pattern also true in largest part from 2001/02 onwards. Now I am well aware that PFI is not included – and that is an issue where I have no truck with what New Labour did – but this is not a government recklessly over spending in the environment of the period. The transformation in borrowing is again shown to be the consequence of the crash in income. Comparisons of the outturn data on current government income and spending (as opposed to expectation) also makes  this very clear: 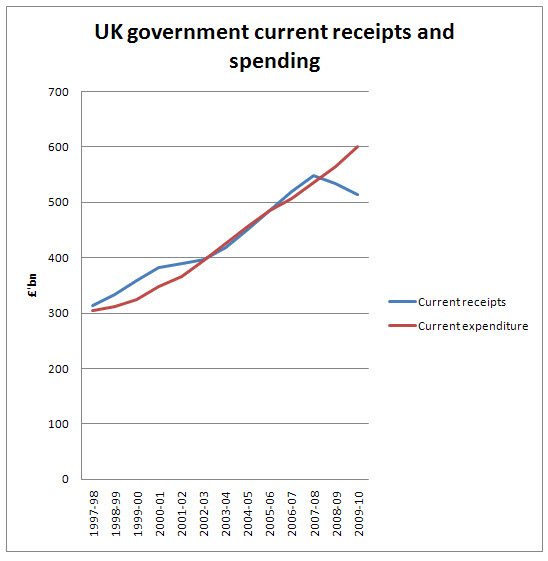 The conclusion is obvious: the crash was not caused by government spending. And it was not spending that was out of control.

The crash was caused by a collapse in government income.

In that case the means to overcome the current crisis is to restore income, not to cut spending.

And therefore the whole basis of the government's economic policy is wrong.