I wrote on this blog last week about the £50 billion annual subsidy given to pensions each year. Some have argued the true figure is £38 billion but that is not true. We would recover tax on pensions paid out of past contributions whether or not we give current contributions. So £50 billion is definitely the correct figure and comes from the following table for the tax year 2012/13 and represents total tax cost of £34.8 billion plus total NUC cost of £15.2 billion: 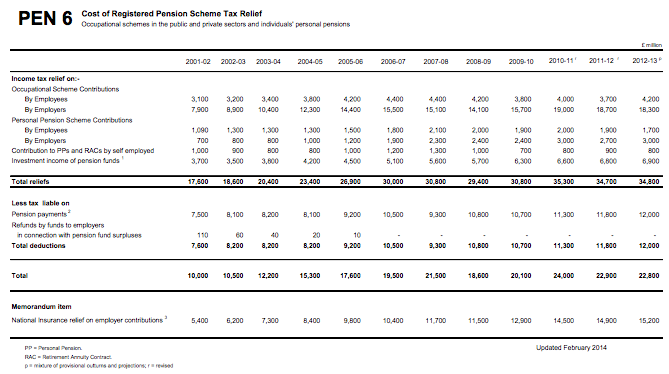 Let me put that in context. Total UK tax receipts were £556 billion in that year (page 108, here). So in effect £1 in every £11 of tax receipts was spent subsidising the pension savings of those in the UK who were, by definition, at least well off enough to save, whether personally or by taking a job where part of what they might otherwise earn was diverted by their employer into a pension fund. There is no reason to think that situation has changed now.

Let me also put that spend of £50 billion into context that year. This is a Guardian summary of government spending in 2012/13 based on Treasury data: 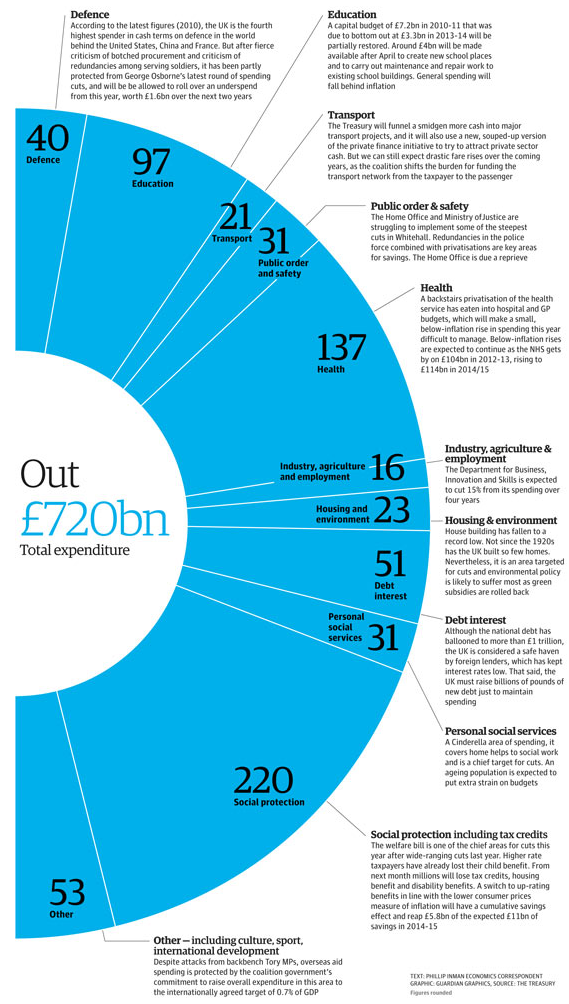 So, £50 billion comes in bigger than anything but education, health and social security and near as makes no difference the same as debt interest - until one realises that about one third  of that was actually paid straight back to the government as a result of quantitative easing and so the real figure was about £35 billion there.

The amount we spend subsidising the pension savings of the wealthiest people in this country is our fourth biggest state spend.

Let me put this figure into another context which is the total state spending on pensions in 2012/13, which is, again, the year for which most accurate data is available, was £109 billion, as shown in this table: 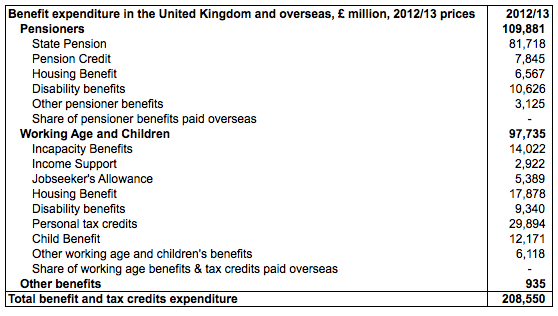 State subsidy of private pensions does then cost 45% of state pension spending or, if the total is aggregated 31% of a combined spend of £160 billion.

Let's also put the number on the context of total non-pension social security spending - again using 2012/13 data - which as the table shows was £97 billion. In that case the subsidy to pension payments for those in work who can afford to save is near enough half that of all spending on those who cannot make ends meet.

Then let me put this in another context. The benefits cap of £26,000 that the Conservatives want to reduce to £23,000 supposedly saves at most £110 million a year - or 0.22% of the cost of private pension subsidies each year.

And the child benefit cap Labour is proposing will supposedly save £400 million a year - or 0.8% of the cost of private pension subsidies.

Why make these points? Precisely because they make clear that all this discussion on austerity and benefits and the need to cut down is completely missing the glaringly obvious point that whilst the poorest in this country will be hit hardest, as will families with young children, those who can afford to save are getting a massive state subsidy.

Is that just is the first question?

How can it be when we are facing austerity that one of our biggest state spending categories is intended to redistribute wealth upwards?

And how can it be that we are willing to suffer such enormous tax leakage on this because even if tax is eventually paid on some of the pension recovered the following have to be taken into account:

c) Income tax is almost invariably recovered at a lower tax rate and many years in the future, if at all.

Take these factors into account and the chance of future tax recovery from these reliefs is well under £6 billion in my estimate, and quite probably less in current terms. This really is the most massive tax give away, and almost all of the funds in question are taken out of the productive economy, moved into City based speculative activity where almost none leaks into real investment activity but vast amounts are lost in paying enormous sums to those working for City institutions that only goes to fuel even greater inequality.

And, as I showed in my 2010 work on this issue, the subsidies given to in fact cover the entire cost of all private pensions paid in the UK right now - suggesting that in fact all pensions are really paid at direct cost to the state anyway but with massive rake offs for for the financial services industry ion the way.

If you were to design a way to provide pensions this is about the worst one possible.

And today George Osborne wants to make it worse.

The time for reform is now. But no one wants to talk about it.