Africa is suffering as a result of our economic indifference, yet again

It is easy to think of the economic crisis that we are facing as a purely domestic issue. It is not. As the FT notes this morning:

Steep rises in international food and fuel prices since the Russian invasion of Ukraine have left millions more Africans facing hunger and food insecurity this year, the UN, local politicians and charities have warned.

They published this chart: 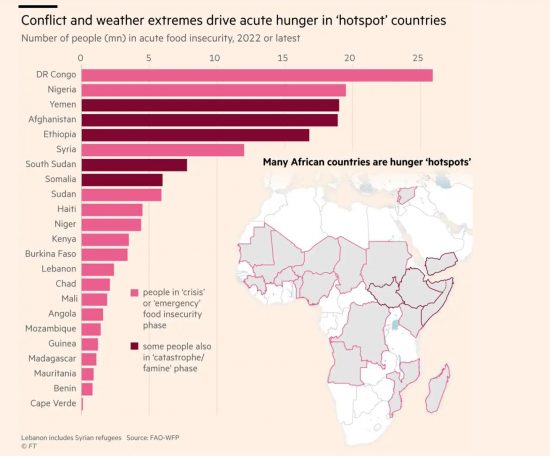 Africa is moving into crisis again. This will be greatly exacerbated by increases in dollar interest rates as the debts of most African countries are denominated in that currency. Another African debt crisis might follow.

It is  as if we never learn.

And it is as if we perpetually want to punish the poorest for the economic folly of a so-called elite.

You might almost think it deliberate, but casual indifference is probably a better explanation.

Neither is readily forgivable.