I was working through the morning news working out what I might blog about when my wife discussed the FT article about Sunak wasting £11bn in excess interest payments. It was apparent that this issue was concerning her and within seconds I had abandoned the idea of blogging and decided to write a tweet thread instead.

That thread was 1,900 words and came out soon after 8 yesterday morning.

It has now become my most successful tweet thread ever: 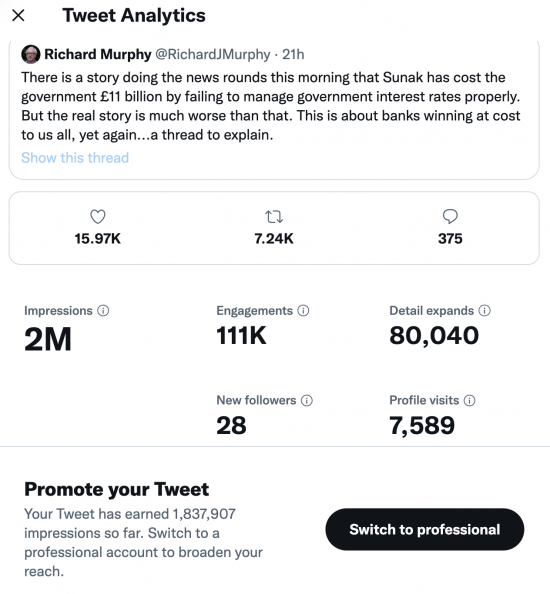 It would seem that people are very keen to learn just how money really works. There were 2,400 new Twitter followers as a result of the thread.

I will be doing some more on this over the weekend, largely to deal with the critics who do not believe that a) money is debt b) central bank reserve accounts are created by the Bank of England and not the banks c) money is created out of thin air, all of which are true.