I was a little surprised to see the number of times my interview on LBC had been watched on Twitter video since being put out yesterday: 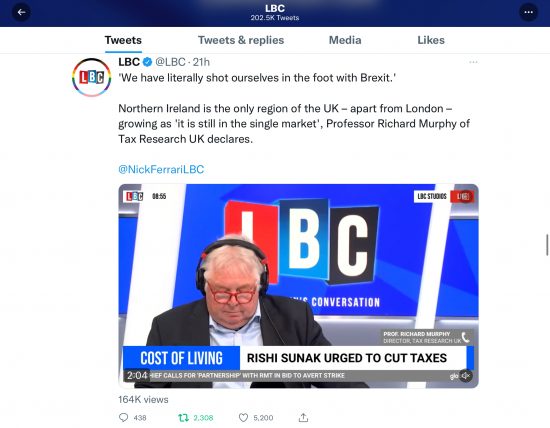 I checked the LBC timeline to see if that was normal. It isn’t. I know James O’Brien rightly sometimes gets millions, but yesterday this looked to be by far their biggest that I could see.

It seems people want the truth about the economy to be told.