The Guardian chose this image to mark the close of the Platinum Jubilee events: 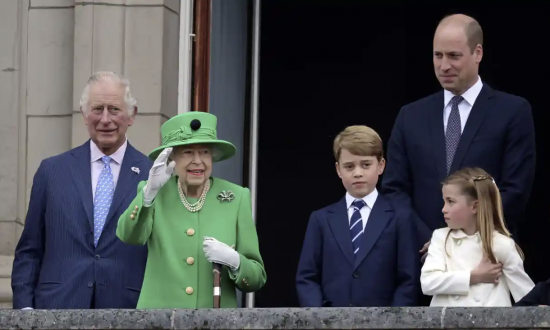 Please forgive my cynicism, but I think that the staging of this photo was what this whole event was about. The Queen wanted it to be seen that there was a succession and that the eugenic supremacy of the House of Windsor is assured until maybe the end of the century. The message was simply 'we are still in charge'.

Oddly, the desperation implicit in that message was best expressed by Joanna Lumley in an interview I saw yesterday. She was frantic for the message in this photo to be believed, but fearful that change was coming and that conflict and division would result. Quite incredibly she said we'd look back at this as a golden time. Implicitly she predicted the nation was ready to ditch the monarchy, and she clearly felt, the establishment that went with it.

Maybe the Queen senses that too. I suspect both may be right. This old order and the privilege implicit in it and the endorsement for past abuse that it still provides has no place in the 21st century.

I wish no harm at all to those in the House of Windsor. I wish that the system that they head be gone. This country needs to move on.