This Bill is noted in the Queen's Speech briefing: 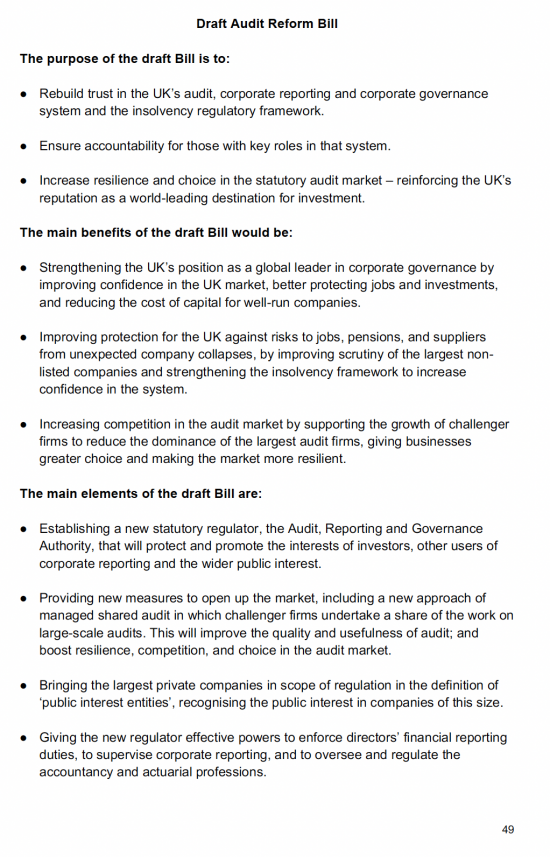 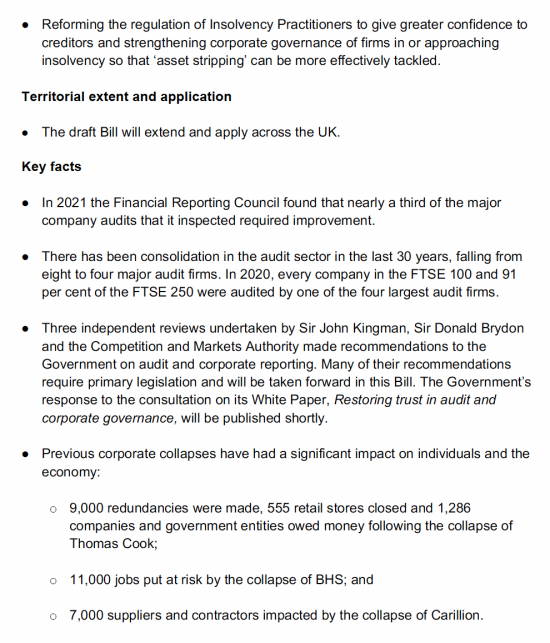 Regular readers of this blog will know that I've been campaigning for audit reform for a very long time. However, even last week we were told that there would be no such Bill in the Queen's Speech. An onslaught from the Financial Times and others appears to have changed the government's mind. However, including a Bill is not the same as offering effective reform and the suggestions noted here are wholly inadequate.

Firstly, there is nothing here that changes the definition of what is to be included in a set of accounts, and so auditors will continue to review inadequate information, meaning any reform is itself meaningless.

Second, nothing here talked about bringing the audit of climate change reporting into the financial statements, which means that there is failure on this score as well.

Third, there is no indication that there will be a change to the rules with regard to capital maintenance i.e. the amount of money that the company has to keep back to ensure that it is solvent, meaning that audit failures will remain as likely as ever.

Fourth, the proposed reform of auditing where challenger firms will supposedly join with the Big 4 in shared audits has already been very clearly rejected by the firms involved, and so this suggestion is utterly meaningless.

Fifth, the tinkering around the edges with regard to the change of the regulator and audit, actuaries and insolvency practitioner regulations is a simple rearrangement of the deck chairs on the decks of the Titanic.

Unless there is something very much more to come on this issue, to be released in a white paper, which no one has had any site off as yet, then this looks like a deeply disappointing response to a great deal of work by a lot of people who were hoping for something very much better.