The ONS claim that government interest costs were £8.1 billion in December looks to be seriously overstated

According to the Office for National Statistics release on the December 2021 government finances, published yesterday, this happened: 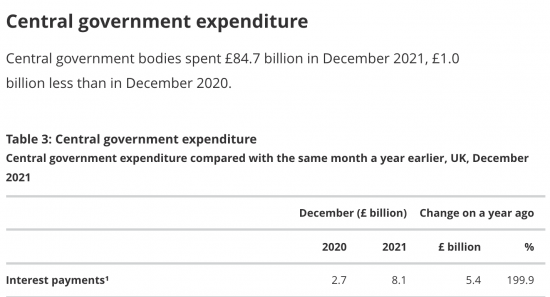 That's an extraordinary increase in interest payments for a month. It makes it worth looking at.

This is the composition of UK national debt at present according to the Debt Management Office: 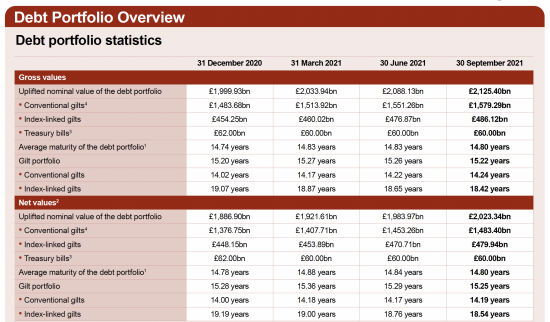 Market prices were above issue price:

To summarise the split was as follows: 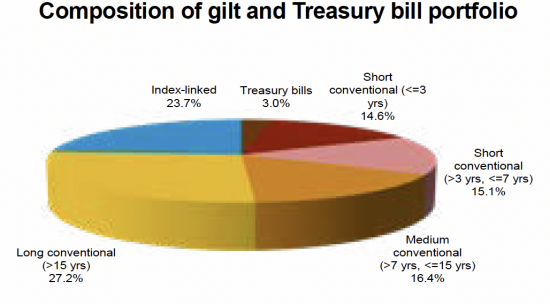 And the rates of return were as follows: 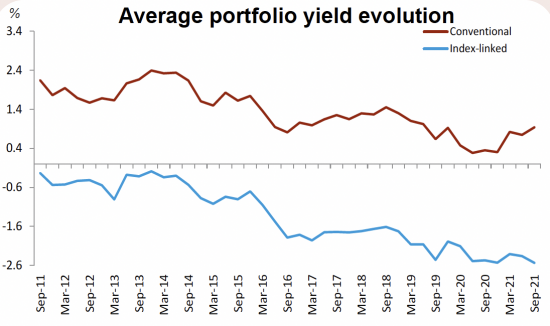 And just for the record, the gilt holdings were as follows: 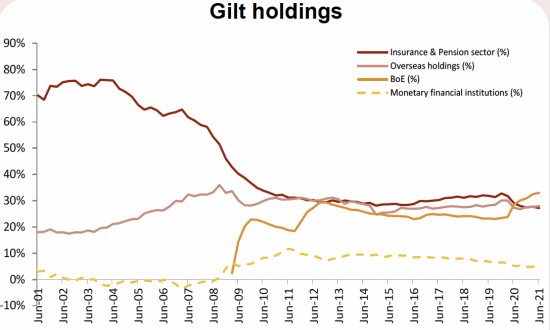 33% of all gilts are owned by the Bank of England. None of these are index-linked.

To understand index-linked bonds we need to know changes in the retail price index to which they still appear to be linked according to top the data I can find. Over the last thirty years or so RPI moved like this, based on ONS data up to the end of 2021: 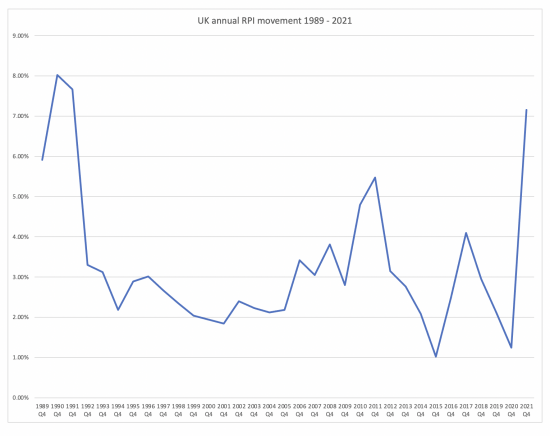 So, let's summarise this data. Using net debt in issue (i.e. allowing for bonds owned by the Debt Management Office itself:

So, using a simple calculation and assuming little real debt issue in the year - which is true because of quantitative easing, then:

It's hard to see where the figure of £2.7 billion comes from on this basis.

In December 2021 the same figures would be:

The claim is, however, that the debt cost in the month was £8.1 billion.

I accept that my calculations are assumption laden. I have also erred on the side of caution. should add that this  is completely normal in any form of accounting review of this sort where plausibility of a reported figure is being considered. Given that caveat, I still find the reported figure for interest incomprehensible.

The figure would imply an annual cost of nearly £100 billion. On market prices of gilts, gross (i.e. including government owned debt) that would imply a rate of return of 3.8% overall, and that is not happening, I suggest.

I have read, carefully, what the ONS has had to say on this issue. What seems most likely is that the figure reported is not a charge for December alone, but a sudden recognition that they had not included an appropriate sum to allow for the impact of increasing inflation on interest costs in earlier months. In effect, they were playing catch up, but not disclosing the fact. If so, the cost is much lower than implied during the month, and ONS accounting needs to be improved and greater candour in disclosure is required. As it is, the accounting is not good enough.

I will be asking the ONS to justify this claim, because I cannot.