As I noted earlier today HMRC published their tax gap data for 2020 this morning. I have been distracted all day by other demands, but have now had a chance to look at the data and methodology.

The latter remains flawed, still working in the case of all taxes but VAT on what is called a ‘bottom up’ basis. This means that the estimate is, in effect, an extrapolation of errors in submitted tax returns. That this method does not work is obvious. This chart shows the various gaps: 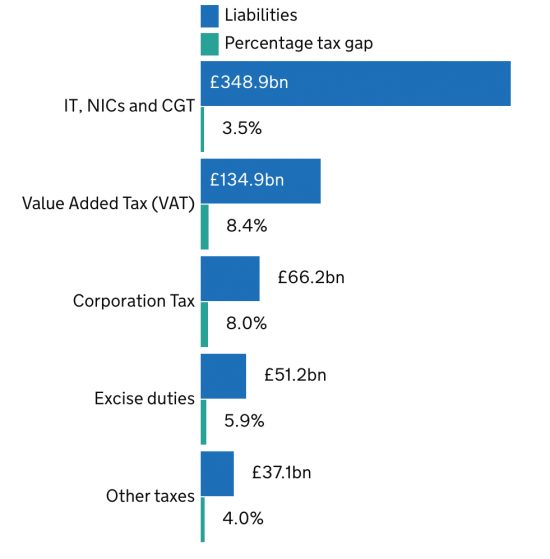 Note the VAT gap is biggest. 8.4% of that tax is lost - which means that at least that much turnover is not recorded in the UK. If that is the case then every other tax gap must logically be as big because as an accounting fact that missing turnover can never reappear in accounts, and that income should have been subject to other taxes when extracted from the business that suppresses the income. So, logically, the income tax gap must be at least as big as the VAT, and very clearly it is not. So, the estimate is understated, I am certain.

I note another trend. It is that the gap has gone up: 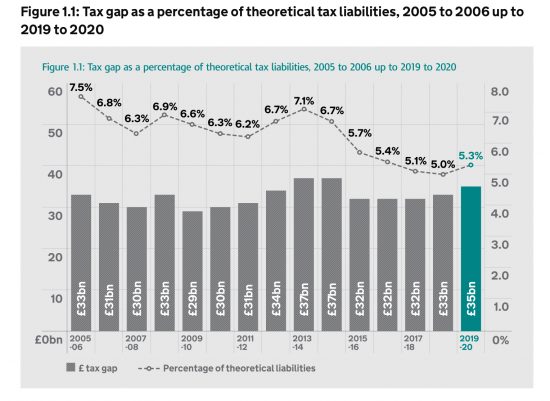 The VAT gap increased this year, as did the overall gap. This is despite the claim that Making Tax Digital - which I have always opposed because it places far too much burden on taxpayers - would reduce errors. It has not. That system has failed then.

To that extent this tax gap measure is proving that HMRC is failing, but so too does the whole failure of this process - which bizarrely always produces a near identical numeric result. I acknowledge that HMRC at least does tax gaps. But it would be so good if it tried to do them properly, and matched them with tax spillover analyses to explain why they arise. Then they might be useful. At present they are insufficiently credible to be so. And that’s really disappointing when this tool could add so much value in the battle against tax abuse.