I think it is appropriate to give praise where it is due.

I can be quite critical of the tax justice movement. I am only so when I think criticism is justified. One of the issues where I think that has been the case is with regard to that movement’s pretty widespread refusal to accept that there is no direct link between tax and government spending. The claim that there is has created many unjustified claims by campaigners.

So in that case let me welcome the opening paragraph in this newsletter from Church Action for Tax  Justice, which may be one of the smaller tax justice groups but which has also been one that has consistently found a voice on issues that other campaigners have by and large ignored. 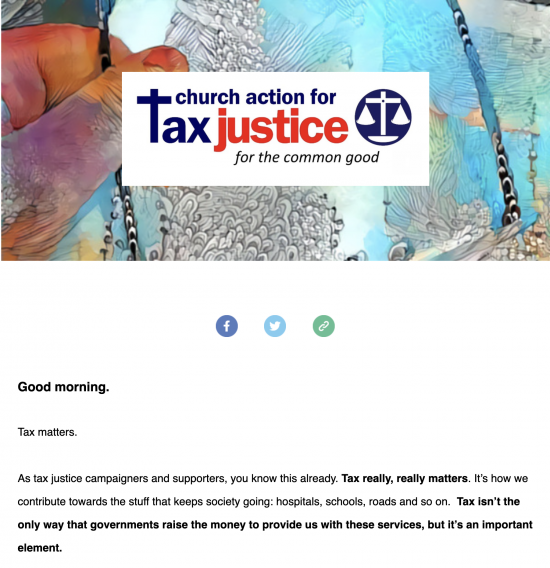 Church Action for Tax Justice has a new director. Cat Jenkins has a background in the offshore finance industry. She has seen the abuse, and wants to address it and other issues. That makes her a breath of fresh air for having that experience. But if she is going to appropriately frame tax as just a part of the overall macroeconomic government spending and funding cycle that is also very welcome, because that lays down a challenge to the rest of tax justice that it, maybe, cannot ignore. It would be good news if that movement finally understood this.