The news is making much of the government’s decision to send gunboats to Jersey today to protect the island, which is a British Crown Dependency, from an apparently planned one day French fishing vessel blockade to be staged in protest at post-Brexit fishing licences granted by the island’s government.

I want to stress that this is not happening by chance. One of the ships in question is HMS Severn: 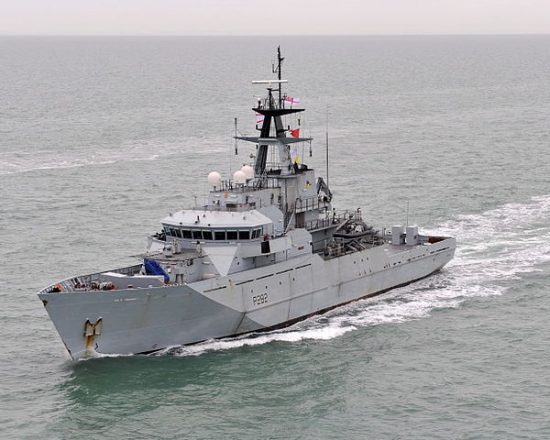 Its Wikipedia page makes clear that this ship was decommissioned in 2017. But then it was recommissioned and renovated so that it might take part in post-Brexit fishing disputes.

And now, mysteriously one comes along for it to partake in. Call me cynical if you wish, but stage management dos not come much better than this. Johnson thought he needed a Falklands, could never mount such a thing now, and so manages a debacle in the Channel instead, all at the cost of keeping a ship that mounts a few machine guns when in action. I have not the slightest doubt that this whole incident has been provoked.

But let me also look at another dimension to this. That concerns  the status of Jersey. I have over the last two decades spilt more ink on this than  most people, and come to the inevitable and I am sure correct conclusion that no one can be really sure what the precise constitutional history of that island is, because no one can be sure that the supposed treaty signed by King John that gave it its supposed status ever existed. There is certainly no copy available now. And so it lives with an ambiguity that has suited many in its history very well.

Very well that is until the French decide to threaten, when on this occasion the stop have been pulled out, or at least HMS Severn has cast off from Portsmouth. But, is Jersey British territory?

It says not. It claims independence when it suits it. It claims to have its own government capable of concluding international treaties, something denied to Scotland and Wales. And it claims to be fiscally independent. Indeed, it often threatens to break the link when tax haven issues come between London and it. So what is the sending of the gunboat about? And who would have Jersey in the event of the UK breaking up?

Lets deal with the second question first. If the argument is that Jersey is  Crown Dependency - and to date it has been - then it goes with whoever has the Crown. That’s an interesting question though when the Crown is joint. We have a merged monarchy reflecting the Crowns of Scotland and England. So whose is Jersey? The question  is open.

Until, that is, the question of gunboats arises. And then we see the current UK government’s attitudes towards these decisions. The fishing dispute with France is genuine. The rules put in place are provocative. There is room for manoeuvre. It has not been offered. Gunboats are being sent instead. And, as is apparent, that was always the plan.

My suggestion is a simple one. The status of Jersey is uncertain. But, despite that an imperialist government in pursuit of power sees threats as a solution and has resorted to them in pursuit of a claim on an issue in which it has no need to intervene because this dispute is not within its remit. Instead it is intervening just because it has the desire to do so. It does, quite literally, want to use gunboat diplomacy. We should not ignore that.

Nor should Scotland or Wales. A government willing to intervene with a show of force  in the affairs of another government with sovereign rights over an issue in dispute is capable of repeating that behaviour. And that worries me.