Accounting consultations are coming thick and fast right now. First, we had one on sustainability reporting from the International Financial Reporting Standards Foundation. Then we had one on the future of Companies House and UK accounts reporting. At the end of last week the filing deadline for another past. This was from the Financial Reporting Council on the future of corporate reporting.

You could have been forgiven for missing this last consultation. The FRC did not even list it on their own open consultations page as it was ongoing. However, my colleague Adam Leaver and I did notice it, and got a long (33 page) submission in, which will be the subject of a number of blog posts because of the significance of the issues it raised.

We raised objection to most of the proposals that the FRC made, all of which they claimed were intended to address the need for stakeholder reporting in the future, so expanding the range of financial reporting. Or so they claimed.

But there were real problems with their proposal. The first was that they proposed retaining the existing accounts of a company as the core report within their new framework. When the whole problem is that those accounts are not delivering that was not a good opening gambit. As Adam and I said in our submission:

At the heart of [your] proposed new reporting framework are the existing financial statements of the Public Interest Entity (PIE) as prepared under IFRS without seeking to reform the required disclosures within them in any apparent way. These financial statements are not produced to meet existing shareholder needs, as we have shown in this submission. Nor do they meet the needs of almost any other stakeholder. To do so substantial reform of their content would be required. As such at the heart of the proposal is a failed mechanism of accounting and that means that the proposed reporting will fail to deliver what is required by the stakeholders of PIEs. 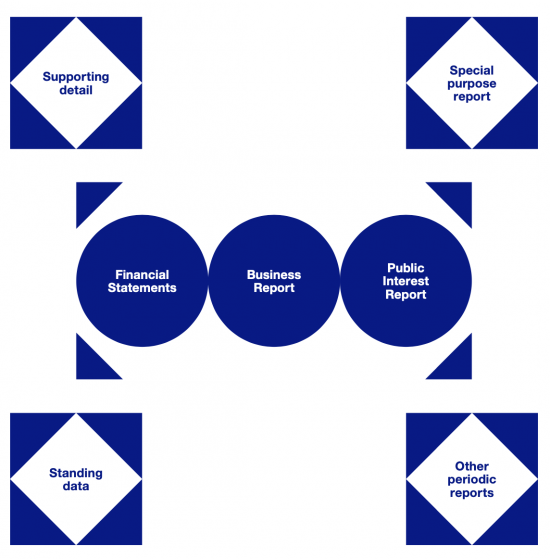 The problem is threefold. That's partly because they do not say if these additional reports will be audited. In that case who knows what value they might have?

Then they make clear that in effect these are additional reports. They commit the sin described in the recent Dasgupta report for HM Treasury, in which it is made clear that the core problem in tackling our climate and biodiversity crises is the continuing assumption that nature is external to our economy, and even accounting, when actually it is integral to it. The concept of the public interest report, which might address sustainability issues but from outside the accounts, is simply wrong for this reason.

And on top of these failings, they claim that these reports will be 'stakeholder neutral'.

This claim of stakeholder neutrality is the core failing in the FRC report. They say:

We propose a network of interconnected reports to unbundle existing reporting. The reporting network would be centred around a stakeholder-neutral Business Report designed to facilitate better communication with a range of users.

But then they add (elsewhere in the report, and almost as an afterthought):

In our view, it is for the company to determine its key stakeholders.

As Adam and I said in our submission:

Because it is suggested that the entities creating the new reports that are proposed might define their own stakeholders, and might pursue their own view of those stakeholder’s needs, the essential discipline that is required to ensure that stakeholder needs are met in future corporate reporting are absent from the proposals made.

We think that this should be obvious. Senior management of an organisation are, of course, stakeholders of it, with a decided vested interest in its activities. To assume that they might be stakeholder neutral is naive, at best. They are not. In that case it is impossible that they could produce stakeholder neutral reporting without an external agency ensuring that they have achieved this goal to set standards.

Our proposal to address this was that the FRC should:

If this as done we might get decent financial reporting for all the stakeholders of a company, which is what the Corporate Accountability Network wants. But we are a very long way from that as yet.