I struggle with a  conversation with someone who clearly thought Brexit was justified by differing reactions to the coronavirus crisis last week, and that all discussion about the efficacy of the AstraZeneca vaccine was purely politically motivated. I did not agree, but in the light of the underlying tensions the call did not last a lot longer.

As a result I tried to reflect on the differences of view that we had, and did a little research. I found this from an organisation called British Election Study, published in July 2016, less than a month after the Brexit vote. They presented word clouds based on interviews that they hard undertaken with both sides in the debate. As they said:

An easy way to get an initial idea of what respondents are saying is to use word clouds – a visual display of all the text in our respondents answers. These scale the size of the text according to how frequently a word was used. Here we break down the responses into people who, between 14th April and 4th May 2016 (fieldwork dates) said they had decided they would vote leave, vote remain and those who had not yet made up their minds.

This was their word cloud for Leavers: 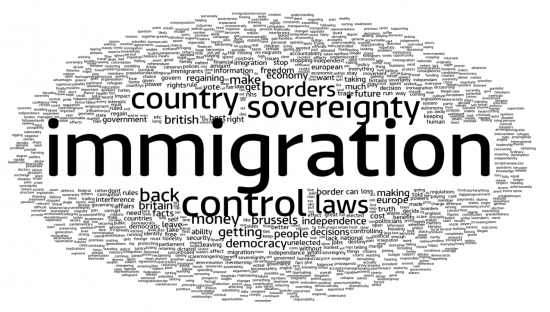 This was that for Remainers: 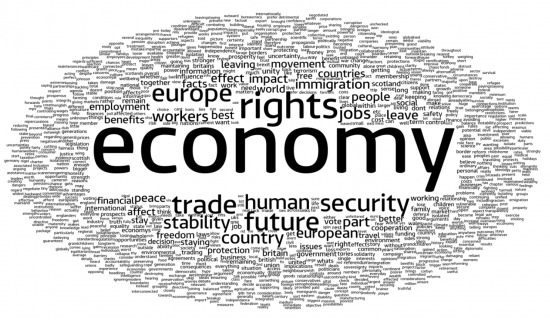 And just for completeness, this was those undecided before the vote: 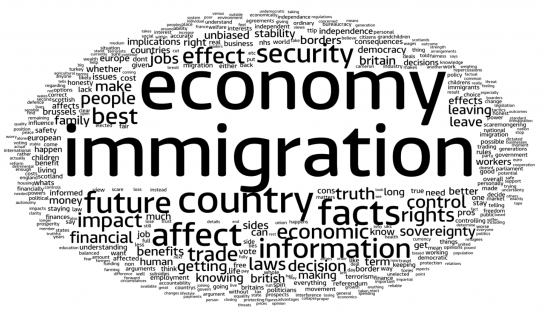 What is the implication?

First, I would suggest that since there has been no obvious impact on immigration (although more than 1 million people are reported to have left as a result of reduced economic opportunity) Brexiteers are bound to be disappointed by what has been achieved. No wonder then that they are seeking post-event narratives to justify their position, many of which are as extreme as was their view that immigration was the big threat facing the UK. And so too is it easy to explain why new people have to be found to blame now if migrants were not the problem that could be solved by Brexit. That Brexit will bring no peace to those who supported it is almost certain.

Second, the fear of those who opposed Brexit has been justified. The economy is being trashed. As The Guardian reports today, the Road Haulage Association thinks UK exports were down by 68% in January. The knock-on effect of that in terms of UK prosperity is going to be enormous if it continues, and if anything many think it will get worse as not all restrictions are as yet in place. There is no chance of reconciliation to Brexit there either.

So what to conclude? Brexit was, of course, the wrong answer to a question that did not exist. But the answer it did give has no chance of appeasing the concerns of either wing on the issue, both of whom will remain critically aware of the fact that they have been sold very short, with neither likely to much change their position for the time being.

England, in particular, is in a for a very long and bumpy ride on this issue, not least as almost no political party is having the courage to recognise Remainer views right now and alienation from politics is growing on all sides as a result.