Shorting is a mug’s game that needs to be banned 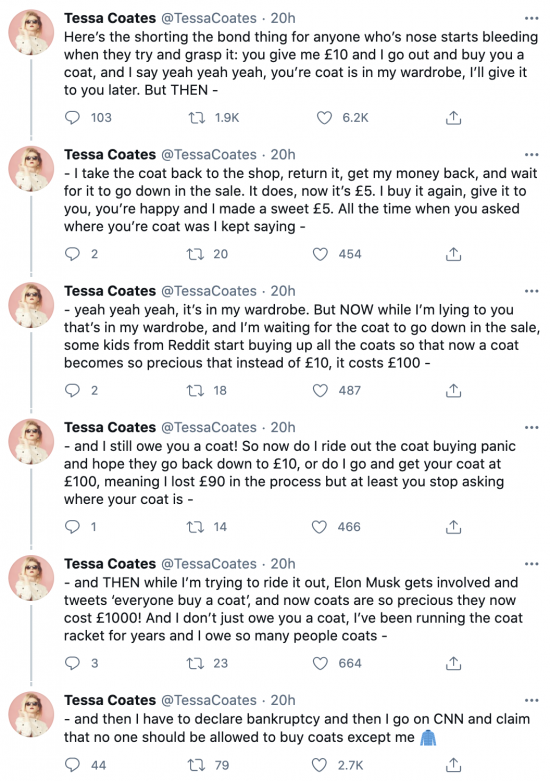 I wish I'd written that. But I recognise merit when I see it - and that is very good.

First, don't short unless you have very deep pockets.

Third, don't have any sympathy with the big players who have been abusing shorting for years and now do not like being abused using the rules of their own game.

Five, stop shorting and the abuse that goes with it.

This speculative waste of effort is massively destructive. It really should be game over now, for the sake of everyone. And yes, I know it will be claimed that some market liquidity will be lost. But candidly, that may be no bad thing anyway. It's highly unlikely that a trading window of more than 10 minutes a day is really required to manage most legitimate trading. The rest is useless froth that is ultimately paid f0r by innocent savers.

I will await the trolls on this one and give due warning that I will be heavy-handed with the delete button.