Scottish people want a Scottish currency after independence, so why doesn’t the SNP leadership?

Tim Rideout has drawn my attention to a poll that the Scottish Currency Group had included in a recent Scot Goes Pop opinion poll in Scotland. The question and answers were as follows: 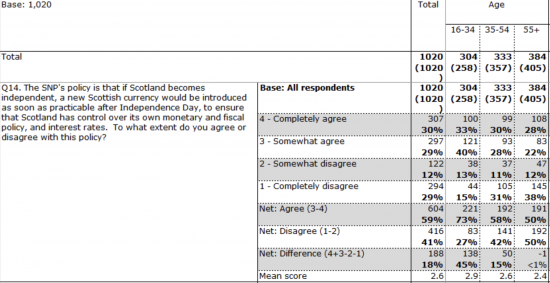 Two points follow. The first is that this is welcome, and new finding: confidence in a Scottish currency is growing.

Second, the refusal of the SNP leadership to consider this issue becomes ever more baffling. To commit to a currency union, which is what the SNP is effectively doing, is to commit to the Union still. I simply do not understand their logic.