The UK’s national debt has gone down this year, whatever the ONS likes to claim

The ONS has announced another pile of economic news this morning, all of which is framed in a way intended to misrepresent what is actually happening in the economy. 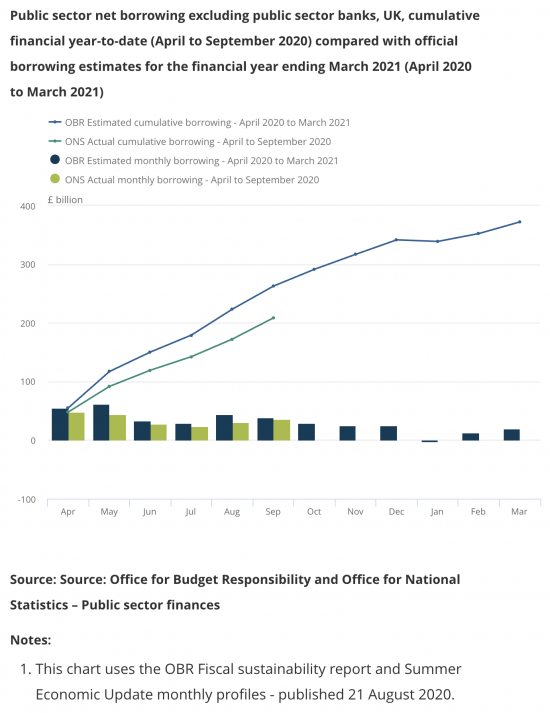 Breathless journalists are reporting that UK national borrowing went up by £36 billion last month and has now exceeded £200 billion so far this year.

This claim is wrong. So far this year the Bank of England has spent well over £250 billion buying back UK national debt through the quantitative easing policy that it is pursuing on behalf of HM Treasury. The consequence is clear. If £200 billion of debt was issued by the Treasury, and £250 billion of debt was brought back, UK national debt has fallen so far in 2020/21. In fact, there is approximately £50 billion less debt now then there was in March 2020. There is, admittedly. more money in issue on central bank reserve accounts held by the UK banks and building societies with the Bank of England, but that's not the same thing, at all. That is new money, and not debt.

And, for the record, this is clearly not causing inflation. CPI Struggled to 0.5% this month, seemingly avoiding going into negative territory because of the incentives provided for people to eat out.

There is, however, another implication of this. So long as inflation remains well below the, fairly meaningless, Bank of England inflation target of 2% per annum then there is absolutely no reason why it cannot undertake more QE purchases in the months to come. In fact, I can fairly confidently predict that it will.

So, is there a debt crisis as the government wishes to claim? Of course there is not.

And is there money available for Manchester? Of course there is.

Just as there is money available to prevent anyone from facing a personal economic crisis as a consequence of coronavirus.

Government, aided in abetted by the incorrect framing of economic data from the likes of the ONS is claiming otherwise. This is fraudulent misrepresentation, in my opinion. And the fraud is on the people of this country.