The government has just revised its official estimates of the cost of electricity generation, again. According to Carbon Briefing these are the new estimates, with some old data for comparison: 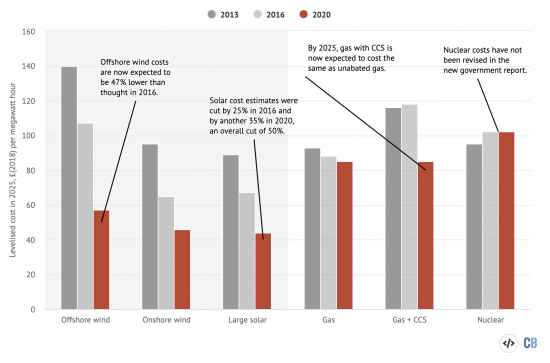 But still they don't want to place the emphasis on renewables.

And it's still carbon capture and storage and nuclear that are out supposed lifelines.

Politely, no, they're not.

We need a Green New Deal.