It’s simply not credible that Scotland has a deficit bigger than anywhere else in Europe, by a long way

I am grateful to Martin MacDonald who posted this tweet:

To which he appended this chart: 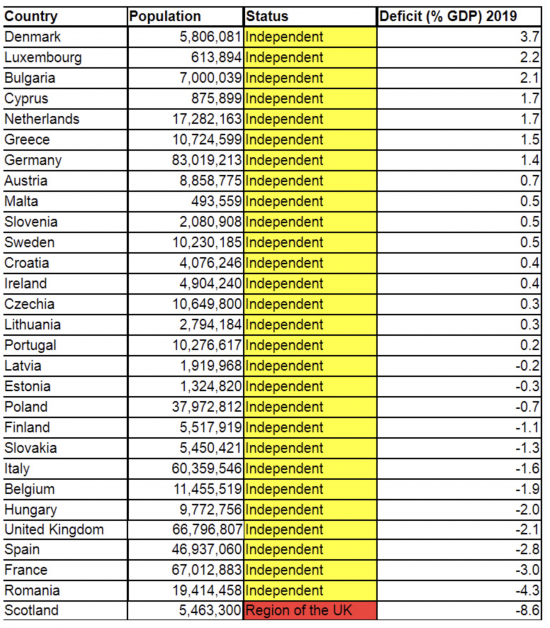 Does anyone smell a rat?

Could that rat just be in the near 40% of costs supposedly for the benefit of Scotland that the UK government dumps into GERS without there being any justification provided, or any element of choice on the part of the Scottish people, which have most definitely rejected what Westminster is trying to do?

It is ludicrous to claim - as the mainstream media parrots out all over the place today - that Scotland has, or might have, a deficit of the sum claimed by GERS.

Very politely, there's some decidedly dodgy accounting going on here, because the evidence clearly shows it. It's simply not true that Scotland has the deficit claimed for it, and I explain why here.