We’re in recession, and worse than almost anyone else, which is this government’s fault

It will be no surprise to anyone that the UK is officially in recession. UK GDP fell for the second quarter in a row according to the Office for National Statistics, as announced this morning: 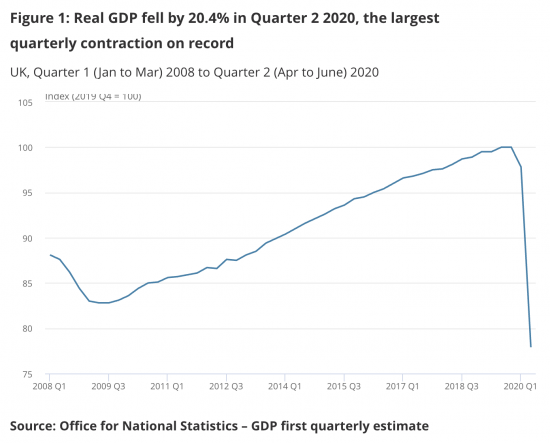 What is harder to explain is why we did so badly. Compare us to other countries (this data is from the Guardian there days ago, but is almost exactly right): 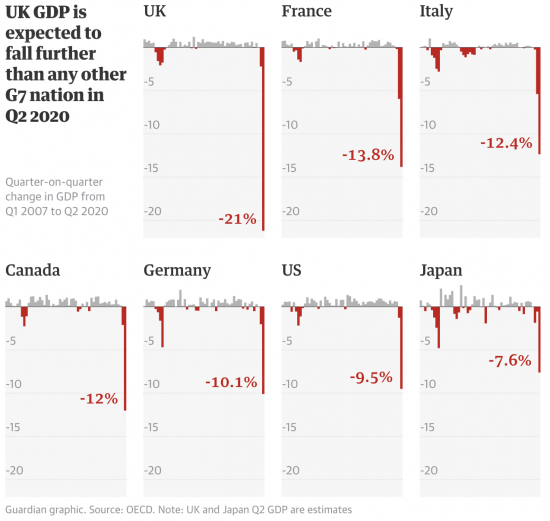 Only Spain did worse than us, and then only just: 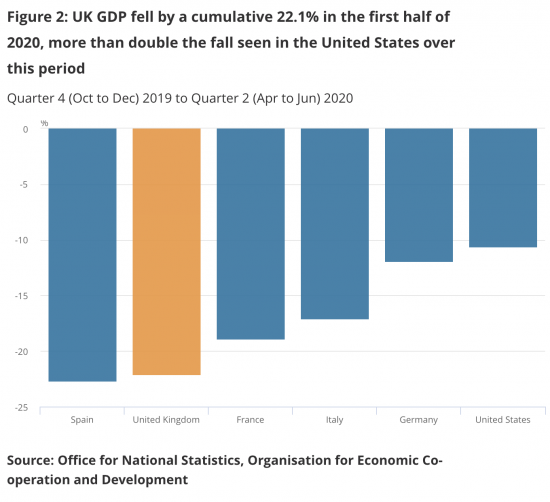 We know the US did better because it failed to lock down appropriately.

We know Spain faced the same scale of Covid crisis as us, and reacted too late, just as we did.

And we know that the other countries managed lock down better, reacting earlier and having better track and trace than the UK.

So the difference appears to be down to Covid 19 management. And we have done very badly.

When the reckoning comes as to why we are facing a particularly severe crisis there is one place where the blame may be rested, and that is No.10. Our economic crisis is not wholly its fault: it did not create Covid 19. But it did mismanage it, at considerable cost.

And what we now know is that No.10 thinks that the crisis is far from over. There is already discussion about deferring an autumn budget because a second Covid spike is likely and effective decision making will not be possible if that happens. That too will be No.10's fault: it has managed the dismal failure to manage the track and trace system in the UK that is critical to our well-being, and to school reporting (in particular).

No one can be pleased we are in a recession. Few seem to have much comprehension as yet to the scale of the challenge this is going to face us with. But there is one thing about which we can have no doubt, and that is that there is blame to be attributed, and it is all the fault of the central management of this government.