The government has finally published its Whole of Government Accounts for 2018-19.

The first thing to note are the dates: 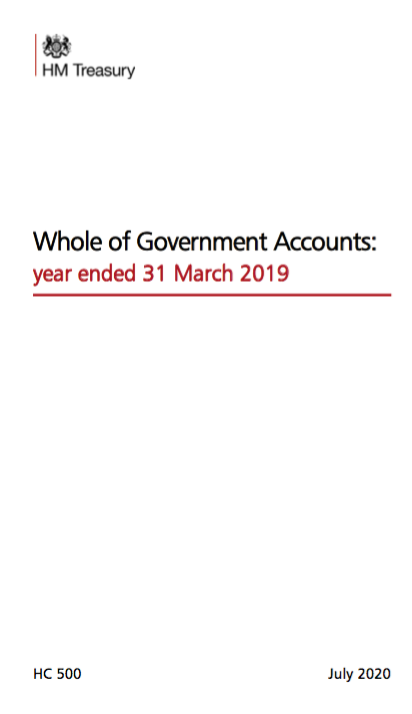 It takes 16 months to get these accounts - which is about 10 too long. If the government expects PLCs to report in seven months then so should it. This delay means that the government and those who hold it to account are always working with outdated data when it comes to reviewing public finances and that is totally unacceptable.

Second, this is the government's balance sheet at 31 March 2019: 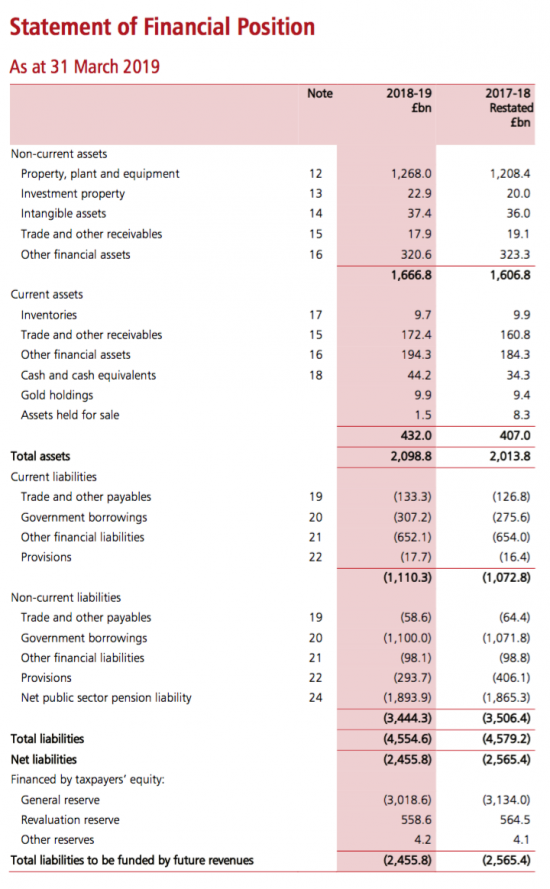 What I am most interested in noting in this post is government borrowing. This is explained in note 20 to the accounts as follows: 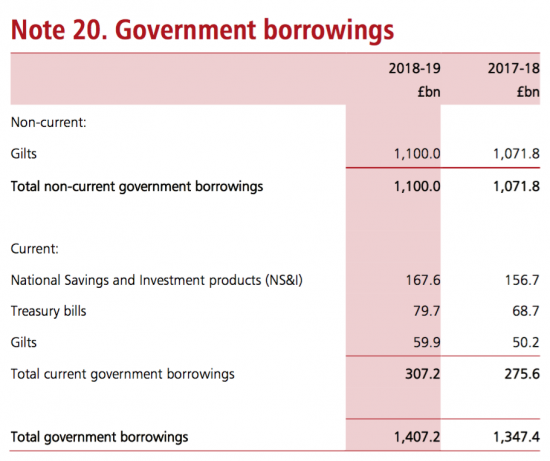 This sin explained by the following notes:

But crucially they add this:

In other words, as I have always argued, gilts owned by the government are cancelled within its accounts because they are not owed to anyone. And that is, very obviously true.

I do not dispute that the result is that central bank reserves rise. Note 21 covers this: 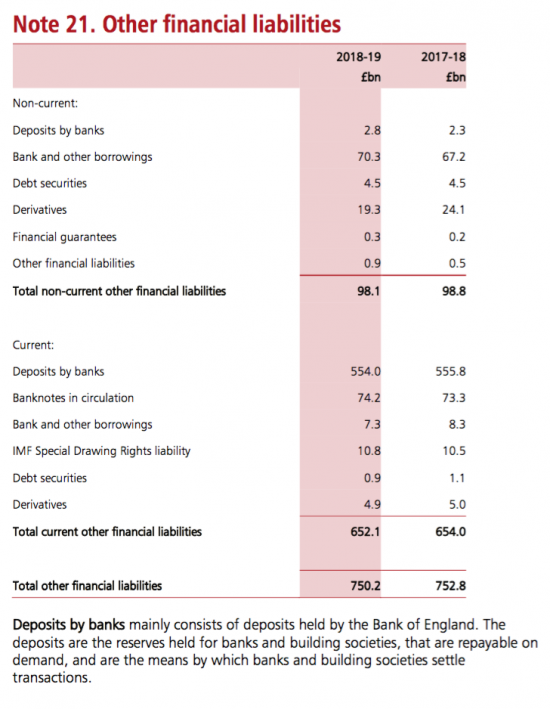 In other words, QE creates bank deposits, otherwise known as money. Again, I have never said anything else. But the banks and building societies will not be withdrawing these funds from the Bank of England where they are held, because they are used for clearing their own payments. So let's not pretend that there is risk in this: it's vital liquidity to keep markets functioning.

So what we have are accounts that show that UK government debt is £1,407 billion, of which £167 billion are savings accounts which can be ignored for this purpose. That leaves £1,240 billion of actual gilt and Treasury Bill notional debt. GDP was £2,138 billion in 2018/19. So debt was 58% of GDP.

And yet the accounts say this:

But that is untrue. First, it's untrue because it conflicts with the accounts and such contradictory statements are not permitted in audited accounts.

Second, it's factually untrue. There is no such debt owing.

And third, it's relying on an unaudited third party claim that is itself false to make a statement in audited accounts, which are therefore wrong.

And I know they are wrong because on the previous page it says this:

The accounts are self-contradictory. Only one claim, at most, is right. At most debt was 65.8% if GDP ion this basis as well, which also makes the claim on that issue wrong as well.

So much for true and fair reporting. But all the evidence that I am right on this issue is there to see, despite government best efforts to lie about it.