We can afford the increase in government spending

I suspect this one is for the geeks, and is a chart of how public spending has changed in the last year, issued by the Office for National Statistics this morning: 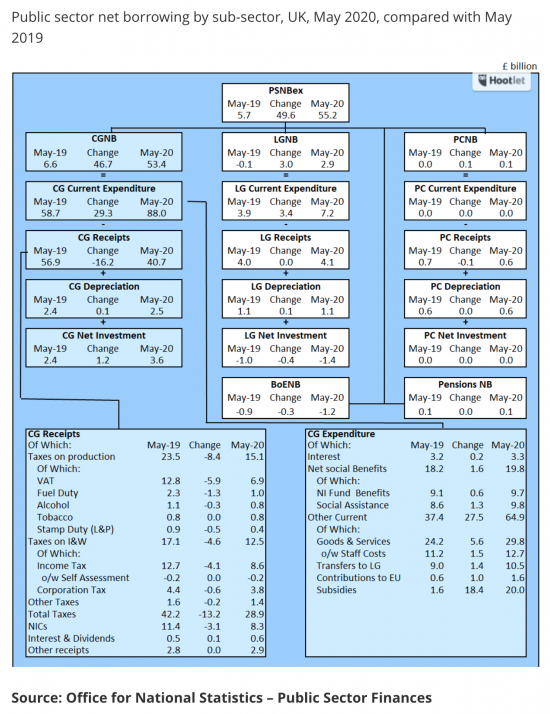 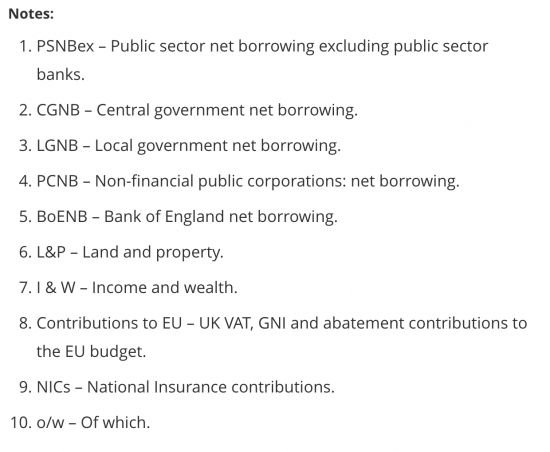 The difference is £45.5 billion. Which as I have already noted this morning, was entirely funded by the Bank of England.

And what cost most of the £29.3bn of spend? Subsidies to keep business going of £18.4 billion were the biggest cost. Followed by buying additional goods and services - I guess mainly for the NHS - which cost £5.6 billion. That was most of it.

This, of course will change. There is mass unemployment to come. Subsidies will fall then and the cost of benefits will increase.

And taxes will also rise at the time - it is hoped - because much of the decline in revenue results from deferral arrangements.

But I am going to repeat what I have already said this morning: the entire cost of this is being covered by the Bank of England. That's it. When the question is asked 'who is going to pay for this?' just say 'The Bank of England is, using new money created for the purpose'. Because that's the reality of the situation.