The nature of modern capitalism is very clearly revealed this morning, in this chart: 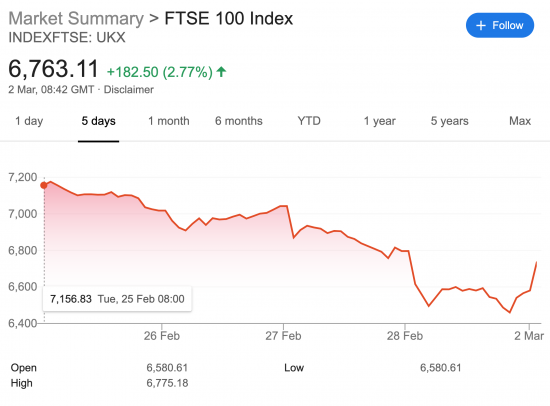 Most of Friday's stock exchange losses have been recovered this morning. And why? Because the markets believe that the coronavirus scare has now got to government, and that they will now bail out markets in the event of it developing further, meaning that it's time for stock exchanges to take private profit at public cost yet again.

I was preparing a talk on capitalism on Friday. In it I noted that capitalism is claimed to be a system for organising the economy that prioritises:

We really should not be doing this again.