I think it worth sharing the following press release from the National Audit Office, issued this morning:

Our report found that:

The report makes a series of recommendations for improving the way government manages tax reliefs, and understands and reports on their costs and value for money.

I am not sure that there is much more to add t that, except to note that the tax spend total is actually £400 billion once allowances are taken into account. And what is clear is that these sums are being remarkably poorly managed. The case of research and development tax relief is a case in point, this chart being issued this morning: 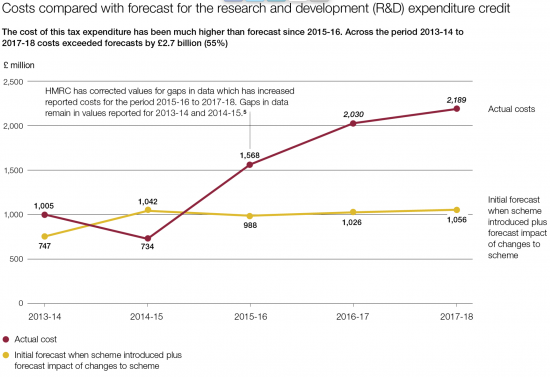 Quite clearly this relief is out of c0ntrol, and the benefit is far from clear.

This is a case of 'much more work needs to be done'.