Joris Tieleman, a PhD Candidate at Erasmus University Rotterdam, writing in The Conversation has noted that:

Economic thinking governs much of our world. But the discipline’s teaching is stuck in the past. Centred around antiquated 19th-century models built on Newtonian physics, economics treats humans as atomic particles, rather than as social beings.

While academic research often manages to transcend this simplicity, undergraduate education does not — and the influence of these simplified ideas is carried by graduates as they go on to work in politics, media, business and the civil service.

In support of his hypothesis he adds that:

Student members of the University of Manchester Post-Crash Economics Association wrote a book surveying 174 economics modules at seven leading UK universities. They found that fewer than 10% covered anything other than mainstream economics. In the Netherlands, students found that real-world problems, from climate change to inequality, were seriously treated in only 6% of all modules and that only 2% of methods courses were not focused on statistical work.

And he then notes current research on the teaching of economics in The Netherlands: 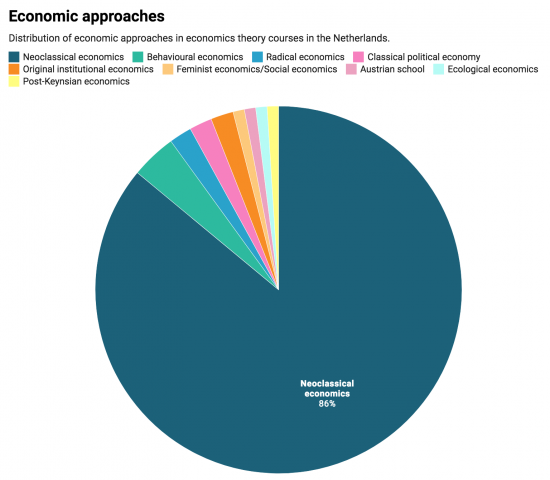 I share his view that this is a disaster for the atudents involved, who receive an education almost wholly unsuited as preparation for the real world. They will leave utterly unable to appraise the economic questions they address.

And the bias in their training has consequences. Those taught to treat people as means do just that. No wonder we have ended up with the callousness of neoliberal politics.

I would love to think there was enthusiasm to address this issue. But I do not see it. All I see is continuing economic illiteracy from those taught in this way. And that is one of the biggest obstacles I know of to saving the planet, which is why this matters.