This is the problem: the economy is being run for the benefit of people already wealthy at cost to us all

This graph comes from a new report from Boston University and UNCTAD on Principles for a Global Green New Deal. It shows the shift from labour reward to profit for multinational corporations over a twenty year period. The change is stark, and almost direct: what labour has lost big business has won.

This is what is wrong with the global economy. It is being run for the benefit of people already wealthy at cost to us all: 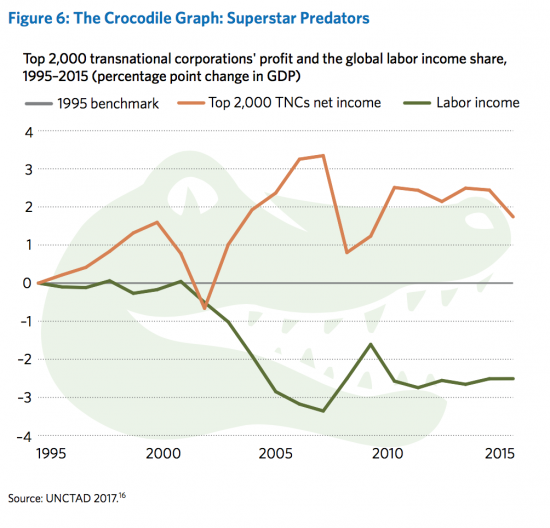 The Green New Deal has to change this.