Viscount Ridley: one rule for me and another for everyone else

There was some ugliness on display in the House of Lords as some rather unsavoury arguments and methods were on display as the unelected tried to prevent progress of a Bill passed by those representing the will of the people.

Nowhere was this truer than in the comment of Viscount Ridley. He is supposedly a scientist. He has made much economic comment from a far right perspective. He writes columns for right wing newspapers on that issue., He is, of course, anti-green. And he saw the attempt to pass the Cooper / Letwin Bill in a day as 'tyranny'.

Faisal Islam called him out. As I well recall, he was also chair of Northern Rock when it crashed (you could not make this up): 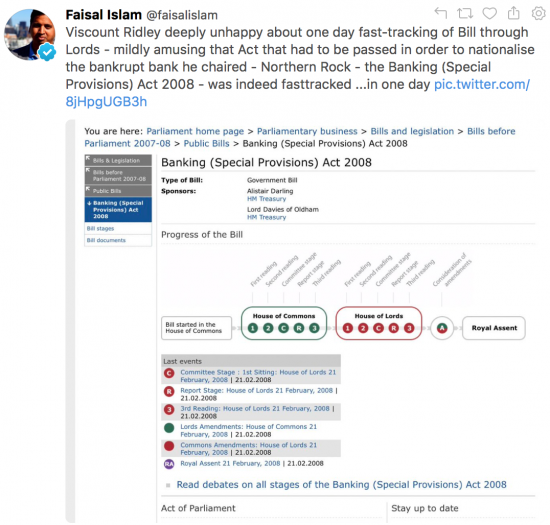 Never was there better evidence that some think there should be one rule for them and another for everyone else.

He made the case for abolishing the Lords most effectively.