Is Ireland a tax haven?

I just got this email alert from Google on tax havens: 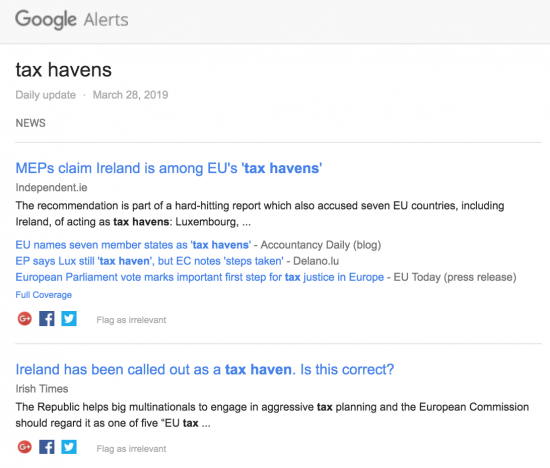 Is Ireland a tax haven?

Why not ask if the Pope's a Catholic?

Of course it is: that's been the basis of its economy since 1959, and nothing has changed as yet to alter.

What is good is that the EU will now name it as such. Its last line of defence on this issue is crumbling.