One in ten UK taxpayers has an offshore bank account

In 2018, HMRC received information about the offshore financial interests of around 3 million UK resident individuals, or entities they control. We have begun using this data to detect possible non-compliance. 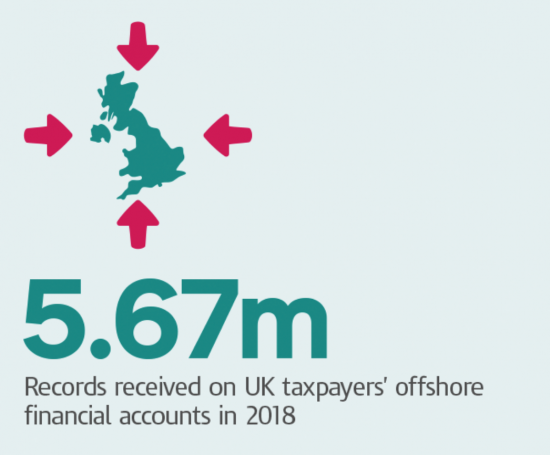 Let's put this in context. Apparently, one in ten UK taxpayers has an offshore account.

I have always argued the scale of offshore abuse is significant. But this exceeds any estimate that I might have made.

The data has been advised by foreign governments. I suspect it is true.

Let me be clear: some will be accounts that are not in tax havens e.g. those held by those letting properties in France, for example. But all might involve evasion. And that is just as important as those that are tax haven based.

I have related the story before, but in June 2009 I was told by the Treasury that this type of information exchange would not happen in my lifetime. I, and others, campaigned for it despite that. I wrote about it.

And as has so often been the case, it has now been proven that we were right to do so.

Now I hope the money flows to HMRC.