Why are the Big 4 in tax havens?

I have a new research publication out: 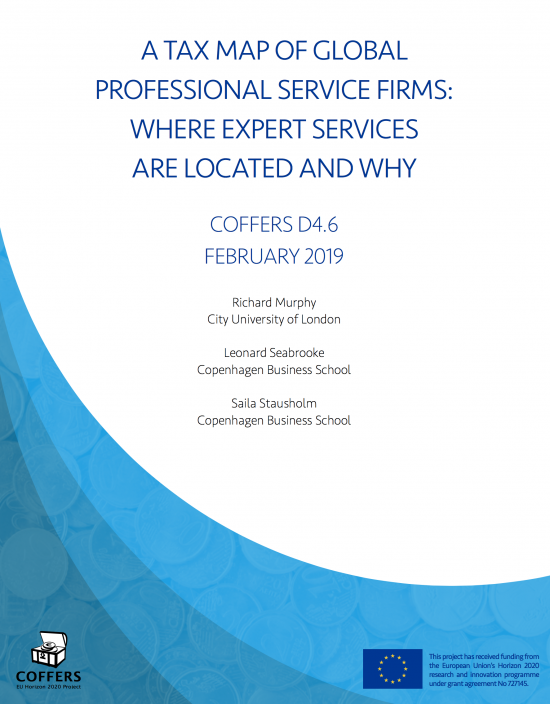 The role of multi-disciplinary Global Professional Service Firms (GPSFs) in the architecture of international tax abuse has been very little studied. Although it has been known that some of these firms operate in many of the world’s secrecy jurisdictions the scale of their activity in these, and other, locations has been little understood. Nor has their own representations of their tax services been appropriately considered. This working paper seeks to redress this deficiency. We locate the activities of these firms in the broader context of their activities around the globe, since it is the boast of many of them that they operate in more than 140 jurisdictions, worldwide. The research has revealed the opacity of the data surrounding these firms, and the unusual nature of their ownership structures. Financial reports of these firms are not available for most jurisdictions in which they work, whilst common control through ownership structures rarely crosses national boundaries. Using global directories of the firms as indication of presence in a location and the number of employees by jurisdiction as an indication of scale, our research indicates the disproportionate activity of particular GPSFs firms, namely the ‘Big Four’ accountancy firms, providing tax based services in secrecy jurisdictions. This suggests that they are major suppliers of offshore financial services. We consider the evolution of these GPSFs since the 1990s, suggesting they have been conscious participants in this activity but that their behaviour has adapted over time to reflect prevailing taxation morés to preserve the reputations of those supplying these services. As we show, these morés are reflected in their own presentation of their services as promoted on their web sites, which have changed significantly over time to reflect this fact, with little evidence that there has been any real underlying change in behaviour. As a result we suggest that these firms display a form of adaptive behaviour worthy of further study.

This research will be moving on to be presented in an academic journal paper in due course.