A story I have told a number of times is how in June 2009 I was told by the UK Treasury that automatic information exchange from tax havens would not happen in my lifetime.

I had begun actively campaigning for it in 2005, when with John Christensen I included it in the first real manifesto of the Tax Justice Network.

In June 2009 my reaction was to wrote a note on how automatic information exchange was possible, and why it need not be nearly as complicated as the Treasury then claimed it might be. All I said that was needed was a smoking gun: the evidence that an account existed was enough for HMRC to act.

So, I am pleased to see an FT article today that says:

The UK tax authority has escalated its crackdown on individuals with undeclared offshore assets, sending a request for information to thousands of taxpayers with possible liabilities or their advisers.

HM Revenue & Customs said it was following up on information shared by more than 100 countries. This includes data obtained from banks and other financial institutions, including those based in countries previously considered tax havens.

The letter apparently looks like this (with thanks to the FT for the odd layout): 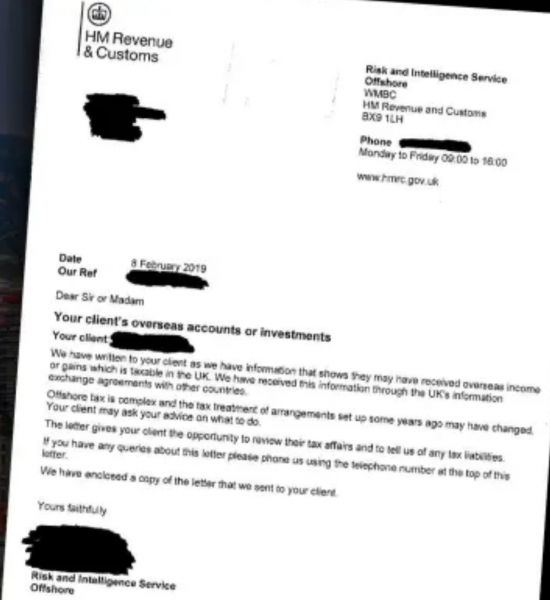 I have two comments.

The first is that automatic information exchange has happened in my lifetime. The Treasury was wrong.

Second, all that was needed was the smoking gun.

I won't say any more.