The Brexit downturn has arrived

This is a summary from the ONS of the quarterly GDP data for the UK to December 2018: 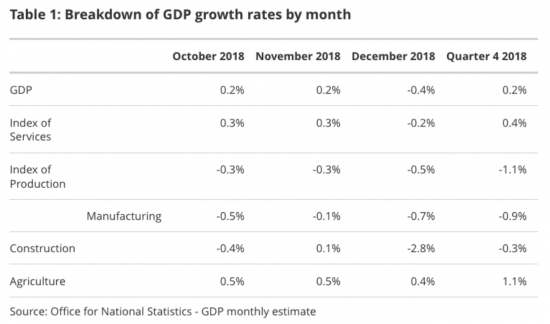 It could be that the UK is heading the world into a downturn: it's happened before.

It could be Brexit, which is what most commentators outside the UK think.

What it is not is good for the conventional view of the economy.

And who it is also not good for is those Brexiteers who said that those who suggested Brexit would cause a downturn were wrong. We've now got to the point where that prediction can be tested. And those who made it, me included, are being proved right.

No surprise there then. It was glaringly obvious.