No wonder we’re in a mess on the ‘red lines’

It's just worth remembering in these febrile days when a lot of claims are being made just what the 2016 referendum ballot paper asked: 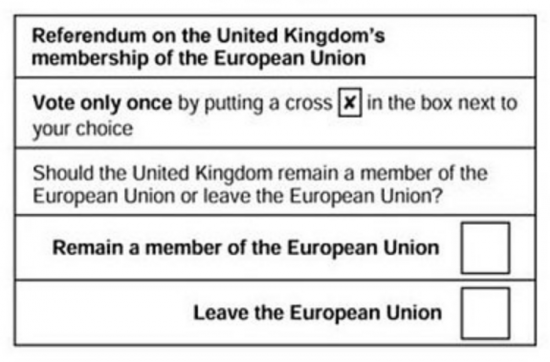 Can you spot anything on WTO rules?

Or freedom of movement more broadly?

Or authorisation to break other agreements?

No. Neither can I.

And anyone who claims that anything was said on any such issue at the time is simply lying.

And I think we do have a  right to point that out.

The vote was to leave the EU.

No one said what that meant.

Or when it would happen.

And what would happen next.

No wonder we're in a mess.

And my point is a simple Ione. The so-called ‘red lines’ are not based on the referendum result. And they do not respect the ‘will of the people’.

May is sinoply not telling the truth when she says that they do.