The following was posted by Charles Adams on Progressive Pulse a couple of days ago, and I thought it well worth sharing:

Something that I knew, but it still shocks me, is illustrated in this data from The Economist. 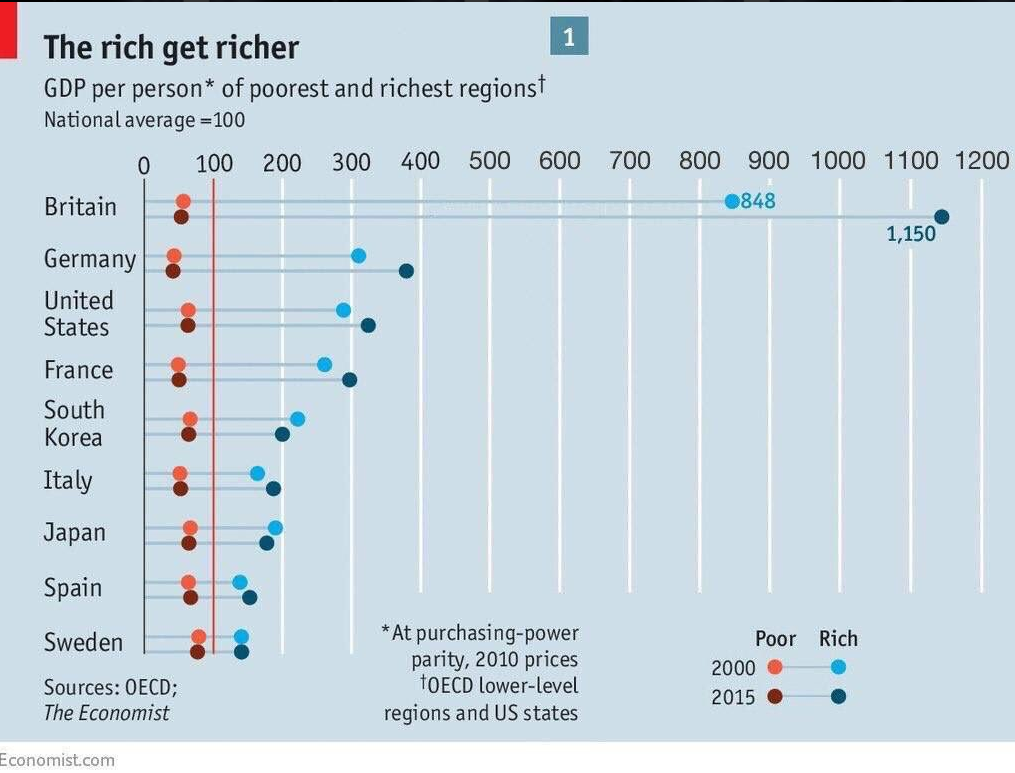 In terms of regional inequality, the UK is more divided than the US. The situation in the UK is extreme. It is as if a great crime has been committed on large parts of the UK population. The regions have become sacrifice zones, feeding the finance monster in London. The same crime committed on the heartlands in the US. The crime began in 1970s and it is still happening. As inequality drives political instability, it is vitally important for all, wherever they live that something is done. As the Economist suggested nearly two years ago, “Regional inequality is proving too politically dangerous to ignore”
– The Economist, 17 December, 2016.

Depending on where you live, and how much you travel, you may not have noticed how extreme the situation is. I live on the edge of the Durham coalfield and travel daily through old pit towns and villages. If you live where I live, London is another world. Compared to much of the North East, much of the South East plus westwards to Bath seems like another country. Both the statistics and the reality have been known for a long time. In 2014 the Mail published an article with the headline, “Parts of Britain are now poorer than POLAND” with a series of graphics based on Eurostat data including this one where the British Isles appears twice!

The numbers correspond to the percentage difference of local GDP per capita to the EU average. Similarly to the more recent Eurostat data presented in Sean’s post on Northern Ireland 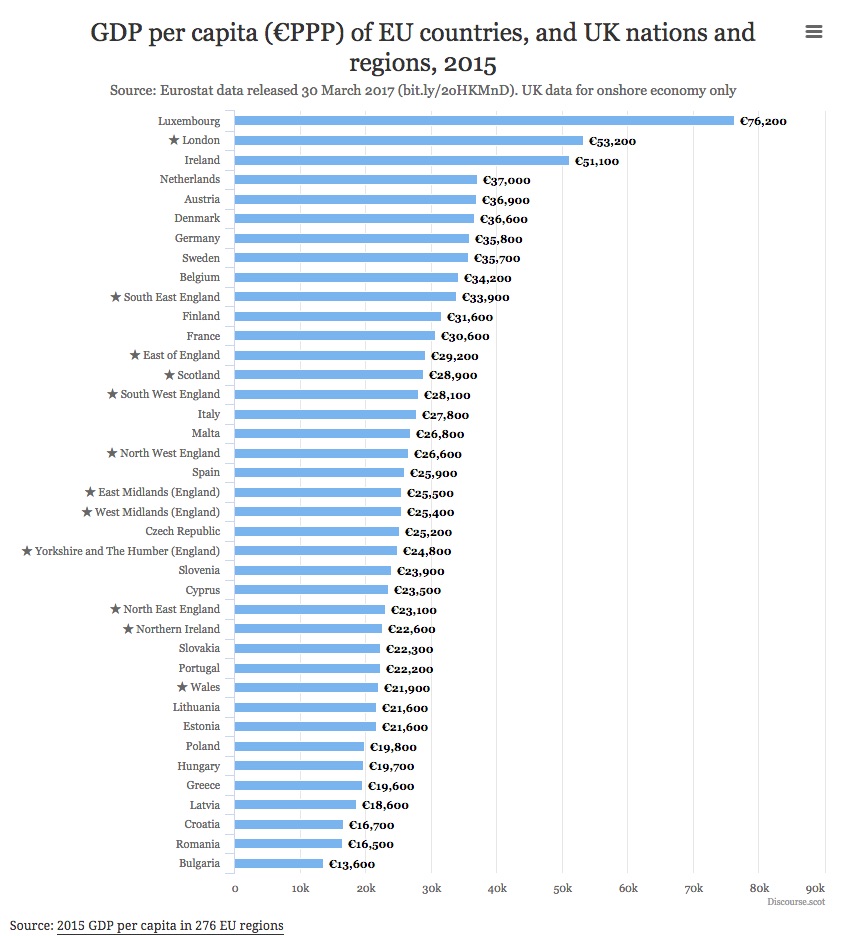 We can see that North East, Northern Ireland, and Wales have not been doing as well as say Slovenia. Now you could argue that this is more the fault of London than Brussels, but may be this data does help explain why some people in these regions might not be so emthusiastic about the EU. The wider EU context is discussed in more depth here.

In the UK regions, any disenchantment that was already brewing was further fermented by austerity (as discussed here by Peter). Austerity further disadvantaged those regions that were already suffering. The map below is from a paper “Did Austerity Cause Brexit?” by Thiemo Fetzer of the University of Warwick. It shows the loss of income due to asuterity across different regions of the UK. Again, we see that it is Cornwall, Wales, Northern England and Lincolnshire that have been hit the hardest.

The case is black and white, Britain is divided by extreme regional inequality. This problem has been building since the 1980s and political parties of both colours have not done enough to stop it. Inequality drives politically instability and eventually everyone suffers. Ideas such as the Green New Deal could be a part of a solution. Land value tax is another. We desparately need more than one.