Labour’s fiscal rule is much worse than the headlines suggest

The response from commentators (Jo Michell, Jonathan Portes, retweeted by Simon Wren-Lewis) on Twitter to the ongoing debate on Labour's fiscal rule that I sparked has been to say that the likes of Bill Mitchell and I, who have responded to them, have not understood what the rule says. Jonathan Portes, for example, says this:

So, let me avoid doubt and reproduce the rule in full as Labour has published it (and I have no clue who actually wrote this version): 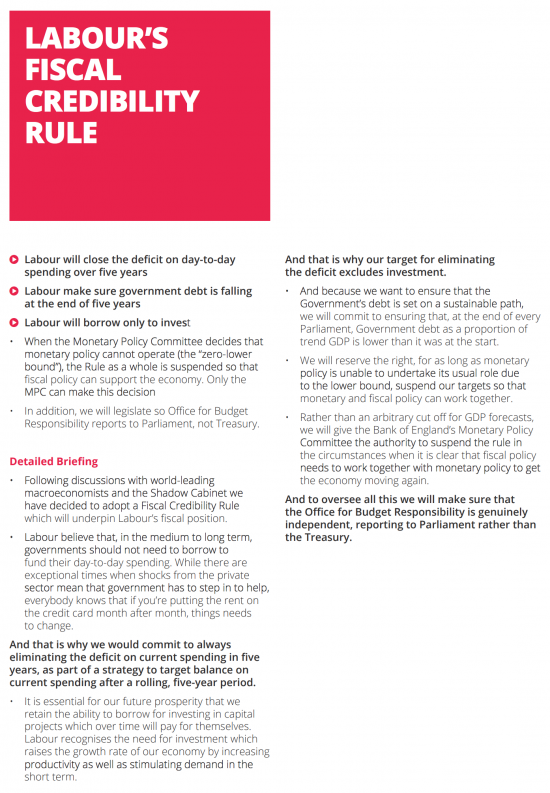 The defence is that the headlines are wrong, although they are highlighted, and are what it is clearly intended people read and understand.

Instead, we are meant to note that:

I accept the criticism that I, at least, did not read the full horror of the rule into what I wrote. That's because I could not believe that the accredited authors really meant it to be as bad as it is.

But apparently they do.

So I point out that it is much worse when read literally and in full than if just the headlines are noted as a summary of the whole.