EY, tax and reality are words that do not easily fit together

I was amused by a new report from Big 4 accountants EY on tax and the risk businesses face. Ignore for a fact that the whole thing is, of course, a sales pitch for outsourcing the whole job to EY and consider these two questions and answers: 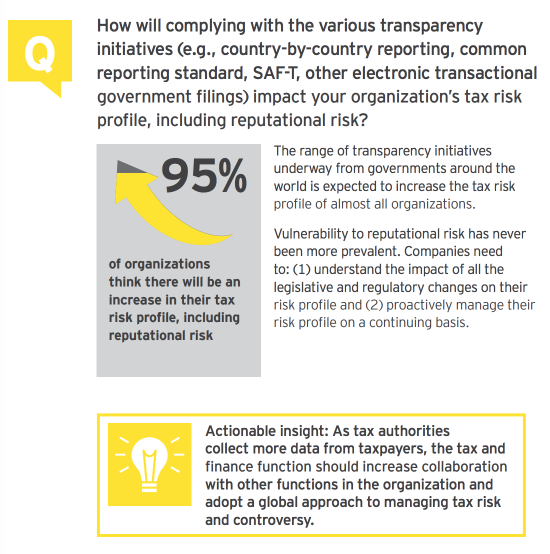 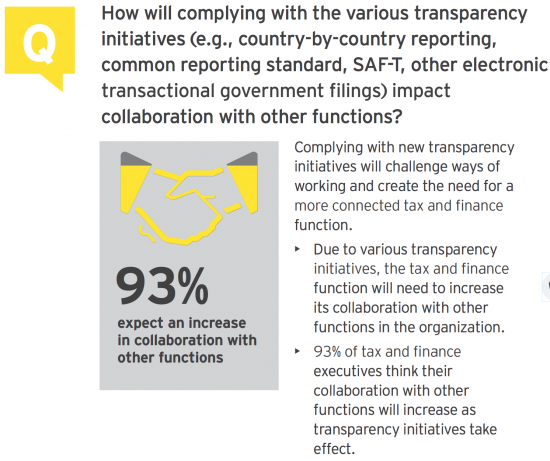 So, 95% of tax executives think disclosure such as country-by-country reporting increases their tax risk.

And 93% think they may have to talk to their colleagues more as a result of such requirements.

Reflect on that for a moment. What both answers actually suggest is that tax functions create risk that they would rather not talk about.

They also suggest that this lack of willingness to talk exists within as well as outside the business.

And what is the risk if those others did know? Might it be that tax departments can no longer represent what they claim to be the truth is actually the truth?

And might they, as a result, have to stop creating so much artificial risk because it would be apparent that the rest of the business could not withstand it?

EY did not, of course, pose such questions, let alone answer them. But if they were really as smart as they think they are they would. Except for one thing. They're trying to sell outsourcing of tax - i.e. removing it from the reality of the business environment altogether. And what the answers actually suggest is that the problem with tax in multinational corporations is its isolation from business reality.

That EY failed to ask the right question is unsurprising. No Big 4 firm has put more effort into blocking tax transparency than  EY, in my opinion. They have continually sought to protect the make-believe world that they wish to construct for clients wishing to minimise their tax bills through the use of the offshore and other services they sell. Building ever stronger ring fences around the tax department so that they can ignore the reality of the transactions that they report is wholly in EY's best interests.

But it is not, I suggest in their clients' interests to follow EY's logic.

And it is most certainly not in the interest of society that EY prevail.

There again, that has long been the case, It's just that now people are beginning to realise the truth in such claims.