Stephen Fergusson, who wrote the comment I reposted on MMT and football league points, has provided another interesting comment in which he has pointed to the work of a climate change scientist called John Cook on debunking myths.

Cook seems to have dedicated quite a lot of thought to this issue, which could obviously be readily translated to debunking myths about money. As he puts it:

People build mental models of how the world works, where all the different parts of the model fit together like cogs. Imagine one of those cogs is a myth. When you explain that the myth is false, you pluck out that cog, leaving a gap in their mental model. But people feel uncomfortable with an incomplete model. They want to feel as if they know what’s going on. So if you create a gap, you need to fill the gap with an alternative fact.

His handbook on debunking myths looks to be useful: 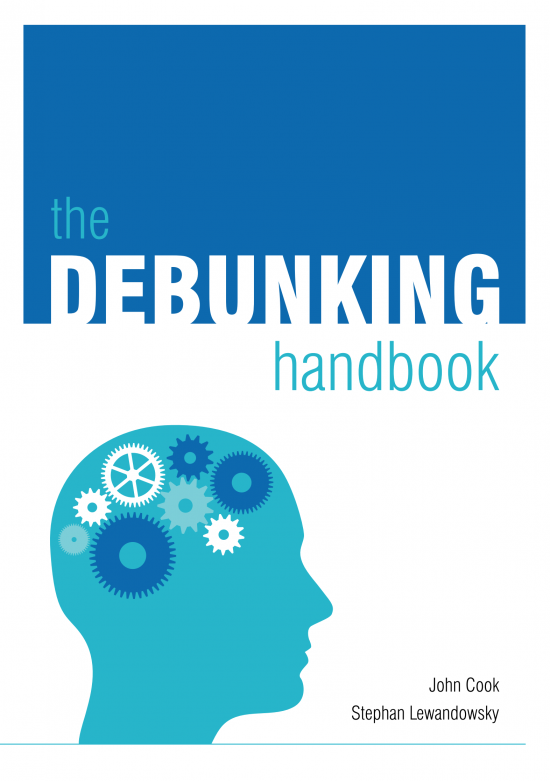 As does this video: