The UK's headline inflation rate remained at 2.4% yesterday. City economists were expecting it to rise. It did not.

As Geoff Tily at the TUC has noted, this is because the underlying rate of inflation is static in the UK, and absent in many areas. In addition, core inflation, which excludes the volatile energy, food, alcohol and tobacco categories where there tends to be external vulnerability, is lower still: 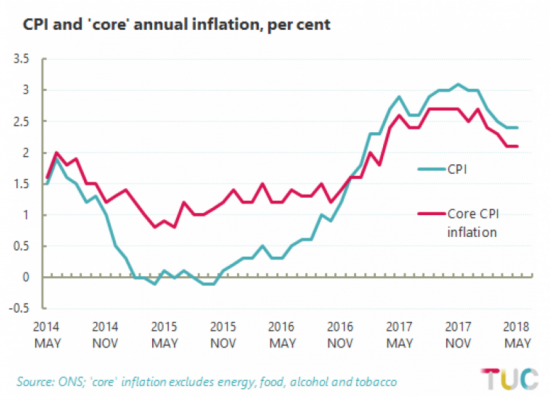 In fact, without changes in air fares, largely due to oil and foreign exchange changes, we'd have had deflation in May: 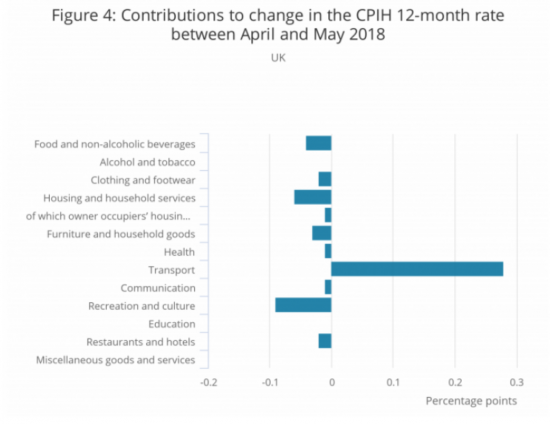 In the meantime the US Fed has increased interest rates to 2% and says there will be more rate rises this year and next, suggesting that rates will exceed 3% within a year, partly to reflect fuller employment, growth and rising inflation. The contrast could not be more obvious.

A whole life could be spent trying to explain the contrasting fortunes of the UK and other economies or a single word can be used. That word is, of course, Brexit.

Many of us predicted a Brexit downturn. Most of us thought that the Treasury forecast on the issue was always absurd: economies do not react as quickly as they forecast. But that does not mean they do not react to economic fundamentals. And the economic fundamental is that Brexit will reduce economic well being in the UK. The consequence is people are not spending. There is no internal driver of inflation. And as a result there is not the slightest need for interest rate rises in the UK.

There are two consequences. First, monetary policy remains of no use in the UK. And second, we need a fiscal stimulus. Unfortunately I see no chance of that happening.