After 12 years the Dutch admit it: they are a tax haven

Sometimes I notice things change. I noticed this in the FT yesterday:

The Netherlands is fighting back against its reputation as a tax haven with reforms to make it more difficult for companies to set up in the country without a real business presence.

The tax proposals, which will need to be backed by the Dutch parliament, are part of a bid to clean up the Netherlands’ image and attract genuine investment, rather than “shell” or “letterbox” companies. The EU has also vowed to crack down on multinational tax avoidance.

Menno Snel, the Dutch secretary of state for finance, told parliament last week that his government was determined to “overturn the Netherlands’ image as a country that makes it easy for multinationals to avoid taxation”.

The Netherlands is the eurozone’s fifth-largest economy and home to about 9,000 shell or “letterbox” companies.

And sometimes I will claim a little credit. This was published by the Dutch NGO SOMO in November 2006: 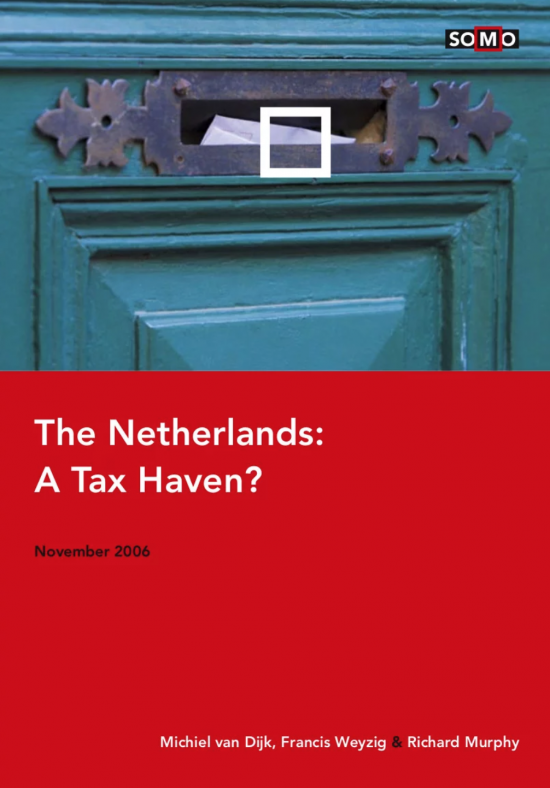 All the empirical evidence indicates that the Netherlands is a tax haven. This is because it deliberately offers companies who would not otherwise seek to be resident within its territory the means to reduce their tax charges on interest, royalties, dividend and capital gains income from foreign subsidiaries. This SOMO report investigates the extent to which the Netherlands can be regarded as a tax haven, and analyses the factors behind this, such as the unique network of bilateral treaties for the avoidance of double taxation and the special fiscal regimes for group financing operations. It estimates the number of ‘mailbox companies’, mostly established to route financial flows through the Netherlands purely for fiscal reasons, at almost 20,000, and this number has been increasing rapidly in recent years.

That was the first time the Dutch had ever been challenged on this issue. It cause a furore, debates in parliament and ongoing political argument. I don't regret any of that.

Now, at long last, it looks as though something might happen to address the issue. Patience is a virtue in the game I am in.