Has the Overton Window shifted?

The Overton Window is the term used to define the range of ideas that the public are currently willing to accept form part of the acceptable politcial discourse. It is then, in effect, the prevailing dominant narrative around which all debate is focussed.

From 1945 until the mid to late 1970s the Overton Window focussed on the welfare state and the role of government in delivering well being.

From 1980 that all changed: the focus has been on the individual, markets and the choices that we can, supposedly, all make for ourselves. The role of government disappeared from debate, except to note that, as far as possible, it has none.

I summarise, of course, but the point is that the Overton Window does not shift that often. And the question right now is whether or not it is moving again, after a period of more than thirty years in its current location.

My suspicion is that it very definitely is. I will ignore all the easy comments that might be made about May's speech yesterday. There are just two key points to actually make. The first is that she was bereft of any real ideas. The second is that the two proposals she did make were for more social housing and an energy bill cap, both of which were lifted straight from Labour.

I'll ignore for now that the number of new houses to be built is so small the impact on the housing crisis will be imperceptible. I'll just note that this policy makes clear that there is such a thing as market failure. And then note that the suggestion of a tariff cap for energy bills reconfirms that point.

You can talk about free markets for as long as you like, even if there are no such things. But when your two key policy proposals address market failures you know the message is not working. And when the solutions you present look like sticking plasters, because that is exactly what they are, then you know you have run out of road and it's not the message but the whole political narrative that has to change.

As many will be aware, I am not yet sure that Labour knows how to exploit this to the full as yet. That's not surprising. It just lost an election. It should be on the back foot. It still has new policy to deliver. And it has to make sure that whatever that might be is within the constraints of the new Overton Window, which will not be as left wing as some might wish, like it or not. That is why, as I have urged, it has to embrace the role of the private sector within the economy as part of what it talks about or many will be alienated just when they were looking for a new political direction.

But there are ideas out there. Closing the tax gap as a mechanism for addressing austerity remains a plausible narrative.

So is the Green New Deal, with its focus on housebuilding, new infrastructure, energy reform and much else

And so is People's QE.

Whilst it should not be forgotten how vital key services - education, health, social care - are to well being.

There is a real chance of a change now. It's long overdue. I am sincerely hoping it might happen, and that the F's departure yesterday was a message to the old order, after all. 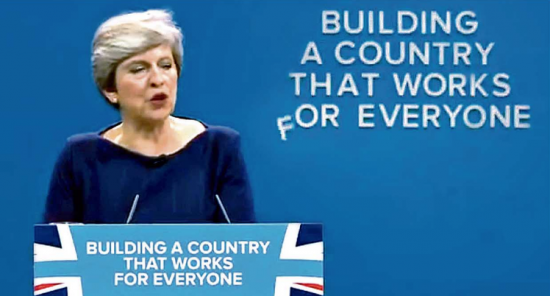