The UK: the ultimate ‘no questions asked’ tax haven

The Scottish Herald newspaper had an excellent article on Scotland as a tax haven yesterday which also focused on one of my continual concerns, which is the near total incompetence of the UK's Companies House, which is based in Cardiff. 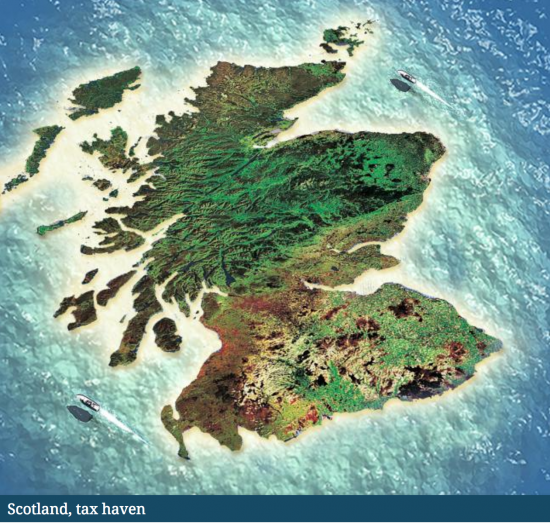 As the Herald noted , the issue of concern is the Scottish Limited Partnership. These are not partnerships as usually recognised, and nor are they the same as English limited liability partnerships (of which Tax Research is one). As a Scottish firm of lawyers says of this type of entity, the advantages are:

Separate legal personality: this is a unique trait of the SLP which is not enjoyed by limited partnerships constituted elsewhere in the UK. It means that the SLP itself can own assets, enter into contracts, sue or be sued, own property, borrow money and grant certain types of security.

Tax transparency: this means that the SLP is taxed as though it did not have a separate legal personality. No tax is payable by the SLP itself. Instead, the UK tax authorities (and other foreign tax jurisdictions) look through the partnership structure and partners are taxed on their share of partnership income and gains arrived at in accordance with their profit-sharing ratios (which can be different from the ratios in which capital has been contributed). The hybrid status of separate legal personality coupled with tax transparency offers the best of both worlds in a way that limited partnerships incorporated in other jurisdictions cannot.

All upside on rights and no down side on obligations like paying tax then, because if the partners are not in the UK nor is the tax bill: it's pretty much as simple as that. This is tax haven UK at work. As the Herald noted, tax planners have noticed: 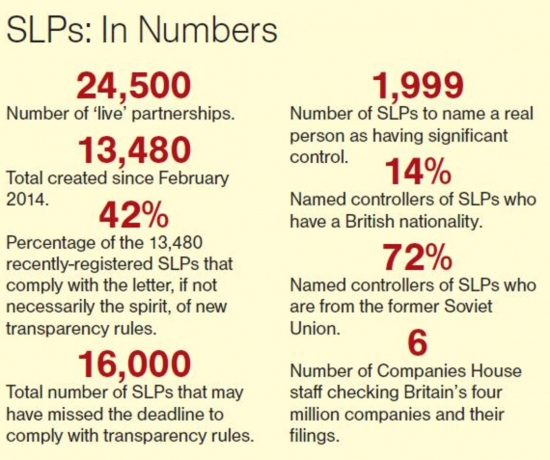 The number of Scottish Limited Partnerships has mushroomed. Not that Scotland is to blame though: the Scottish parliament has no control over Scottish company law (which is absurd). The administration of Scottish Limited Partnerships, most of which appear to have a somewhat scant regard for company law requirements, takes place at the UK's Companies House in Cardiff. And as Roger Mullins found when an SNP MP Britain’s Companies House,  has just six civil servants policing the accuracy of filings for more than four million UK firms.

This is a theme that I have visited before: see this report. There is in effect no company regulation in the UK at all now. It's true that documents must be filed, but no one gives a damn what they say and there is no chance of getting them corrected if wrong. What is more, if they are not supplied then the standard action of Companies House is to assume that the entity is no longer required by its owners and to then 'strike it off'; i.e. dissolve it without trace. This, of course, is just what anyone permitting any form of crime, including money laundering and tax abuse would want. It's as if the UK goes out of its way to set up the 'no questions asked' option for their use.

Why go to more esoteric, and sometimes better regulated, tax havens to get a company when the perfect solution is here in the UK? The absurdity of this situation is staggering, and the likely loss phenomenal. I estimated that the abuse of companies of all types cost more than £20 billion a year in tax loss when I last looked at the issue, and suspect I was cautious. But austerity says that we cannot look at the issue. As errors of judgement go this one is off the scale.

And in the meantime Scotland should be given the right to close down the tax abuse done in its name.