NHS spending data: necessary spend per person is falling and demand cannot be met as a result

There has been some discussion on the blog, on Twitter and elsewhere since Saturday's debate at the Royal Society of Medicine on NHS England budgets (Wales, Scotland and Northern Ireland have their own health administrations). I thought adding some data to the debate would be useful.

Spend, actual and projected as per the Kings Fund, all state in 2017/18 prices, is as follows: 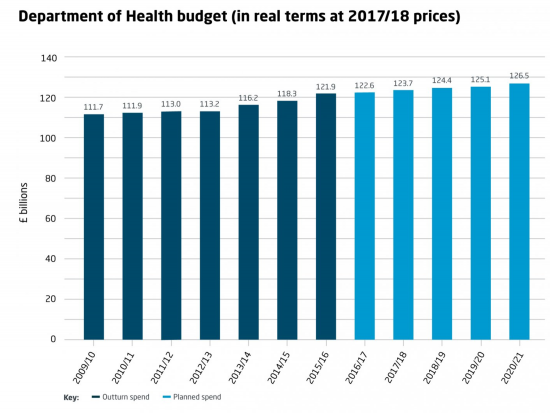 This looks like a steady increase, but it is not population adjusted. I have used mid-year population estimates for 2009 to 2016 for this from the ONS, for England alone, and have projected average growth for 2009 to 2016 for the remaining period (which is fair given current discussion on Brexit plans). Having done this spend per head looks like this: 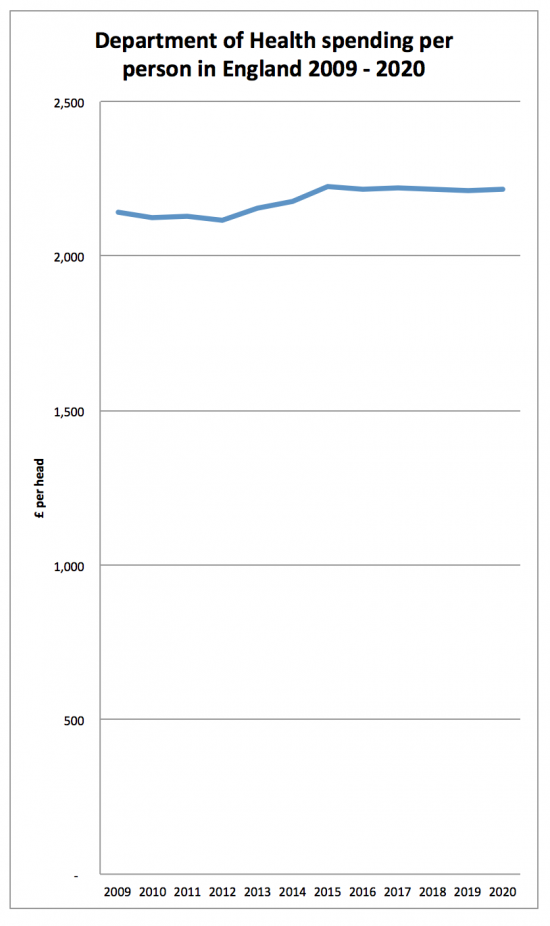 The data in tabular form is as follows: 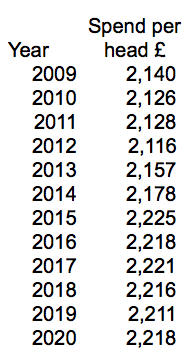 I stress, some of that data is, of course, estimated but what is clear is that there was an era from 2009 to about 2013 when austerity really hit home; then there was an Osborne pre-election loosening, and now a slight downward turn.

The problem is that the data does not tell the whole story. The figures are in 2017/18 prices but that's adjusted by normal inflation. However, as the Institute of Actuaries have noted (and they're good with numbers)  medical inflation is higher than CPI. Take  this graph: 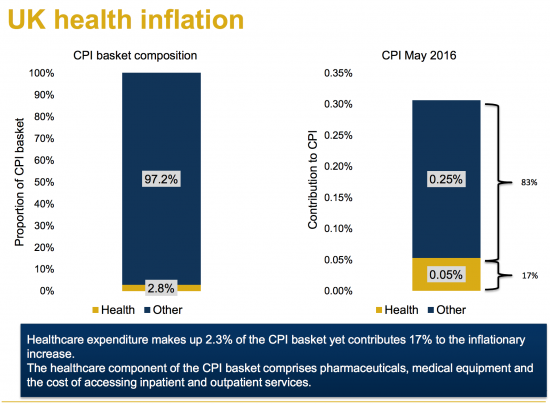 Medical inflation cannot be factored out with CPI: if the medical inflation rate was used to adjust the budget it would be markedly downward. I cannot find the chart as yet: if anyone has it, please share it. 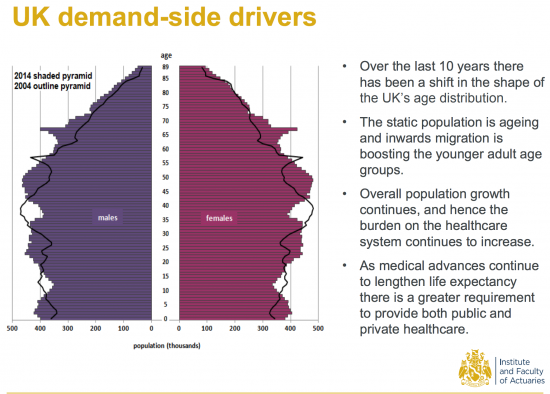 The number of expensive people in the population is growing: averaging by head doesn't give a true picture in that case. Any sensible allocation suggests that means a real cut in ability to supply those actually creating demand and so a declining budget against weighted demand.

The cost of some treatments is growing too. Take this on cancer care costs: 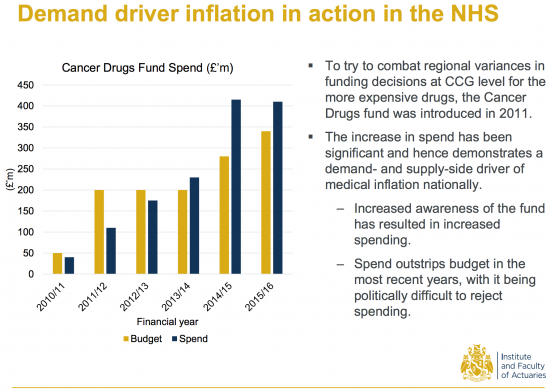 Costs per patient are rising as the possibility of treating them increases with medical advances.

The result is that other resources are reduced. Take this on the number of beds: 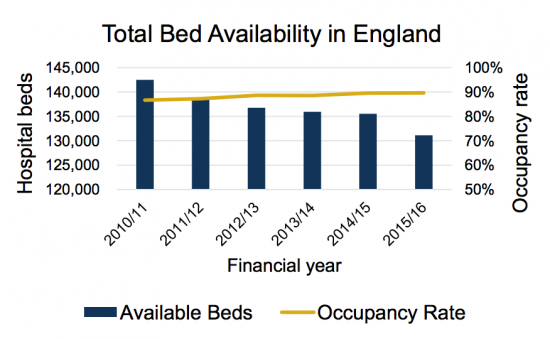 The data for that is here.

I could go on, but the point is actually a simple one, or rather a series of simple ones.

First, when health care costs are rising, and they are, a static budget means declining real care per provided per patient, and that is what is happening.

Second, when the population is ageing averaging per head gives no indication of whether the budget is adequate when the elderly cost far more per head in medical terms.

Third, when the failure to take the first two facts into account means other resources, like available beds, are reduced the result is that a system that was already working near its limits feels and behaves like one that is moving out of control, because it is.

And fourth, when the pressure on a system becomes too great it breaks. That's a simple fact. And declining health care budgets, which are what we have when healthcare inflation and ageing population are taken into account, means that the system we have will break. It's just a matter of when and not if at present.

And the problem is, as I noted on Sunday, no one is taking responsibility for this because  no one now knows how to. But in the meantime the right wing ideologues who have deliberately created this situation argue that all is well as absolute spend is rising. That reveals either remarkable economic illiteracy, or remarkable indifference, or both, on their parts. But however looked at the data also shows that they are wrong. And that's why it's worth noting.